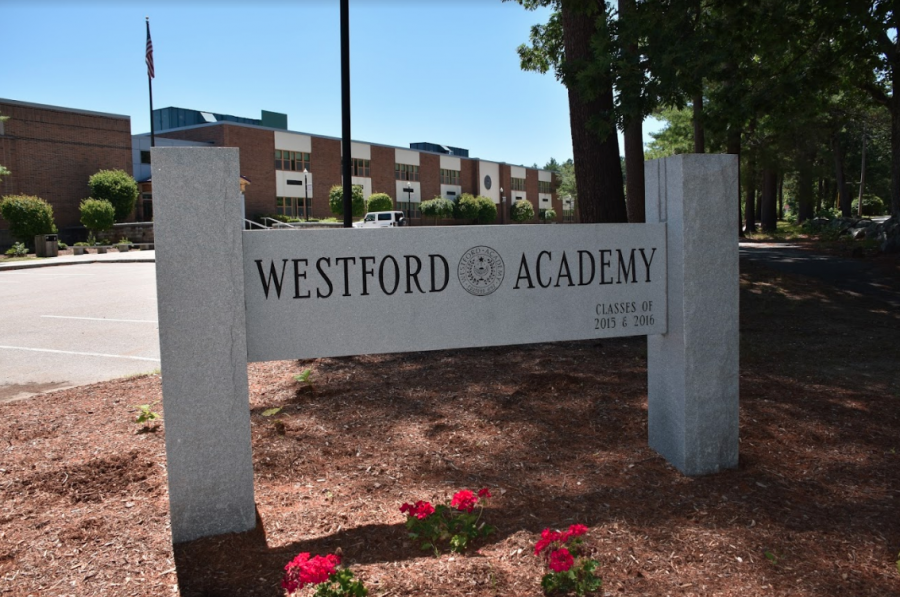 During a Westford Academy girls’ basketball game on Friday, January 28, racially charged comments were directed at a Wayland High School player from the WA student section during the final moments of the fourth quarter. As a result, students were not allowed to attend any home or away games Tuesday and Wednesday night. Wayland has also announced that they will no longer be playing against WA in any sports events for the 2022 spring season.

Westford Public Schools’ administration is currently holding an investigation regarding the events of Friday night’s game. WA Principal James Antonelli confirmed that the students responsible for the jeering have been identified and will face consequences, although he cannot give any specific names or provide information on the specific investigation.

“At this point, we’re looking to hold some accountability and then move on to a healing process […]. That’s the approach that I want to take,” Antonelli said.

On Monday, Antonelli pulled in WA student spectators from the game to gather information on comments and potential perpetrators. From there, Antonelli and administration began the investigation process.

An email sent by Antonelli to parents on Tuesday, February 1, confirmed the remarks said to Wayland’s player; these comments include “pineapple head” in reference to her hair, “you need to hit the gym” as a form of body shaming, and “what does it feel like to be the only black player on the team?”.

“[These statements are] clearly racist. This taunting and harassing language is not in line with our school’s mission statement, which highlights a safe school environment and acceptance,” Antonelli wrote in his email.

Directly after the remarks were made on Friday, WA girls’ basketball coach Russell Coward informed the sports directors and moderators after being alerted of the situation by Wayland’s assistant coach. Two Westford players comforted the targeted Wayland player, who was in tears. Coward also shared a few words with her himself.

While Coward held a meeting with his team, WA Athletic Director Jeffrey Bunyon and WA Dean Betsy Murphy sat the boys from the student section down to reprimand the group as a whole for the verbal abuse hurled at Wayland’s player.

Coward held a meeting with his team immediately after the game, a rarity for girls’ basketball, to inform the team of the situation and its severity. According to Coward, he and his players are still on good terms with the Wayland coaches.

“[Wayland] does not believe it reflects on our team at all […]. We have always had a very good relationship with them,” Coward said.

With these initial conversations, Coward believes that there is more work to be done in order to truly learn and grow, as a school district, from this situation.

“I believe that our school, like many schools over the past six years, has seen some issues that need to be brought to light and addressed. I don’t think we are any different, except that our issues have come to light while some other schools’ have probably not,” Coward said. “I do not think we are more racist or less racist than anyone else.”

Looking at the long term, Antonelli aims to work with the community to create an environment where students can be further educated on systemic racism and diversity. WA has been working with the organization A World of Difference for the past year and a half in order to make this possible.

Westford staff would be included in the education process as well. During a professional development day on Wednesday, February 2, WA staff discussed the micro-aggressions from Friday’s game. Teachers were taken through different scenarios regarding racism. Antonelli’s goal for these types of training is to create a learning environment where more “organic” conversations about race can be discussed.

“It’s hard for some teachers to have a conversation about race, or sexuality, or other tough topics […] so we have to create an environment that allows for that to happen, where people feel comfortable enough to have those conversations,” Antonelli said.

Antonelli hopes to implement more anti-racist initiatives within the district as a whole, whether through bringing back the concept of Diversity Day or by selecting books for class readings at the elementary level that educate young students on the meanings of inclusion and equity.

“I want to see everyone involved in this process to make our community more welcoming and be less racist because that’s what’s happening. We have to call it what it is. […] If people can’t have that conversation then we’re not going to be able to move forward. This is a systemic problem, therefore, we need to involve all grade levels to truly heal and educate our community,” Antonelli said.

Additionally, Antonelli appreciates Wayland Superintendent Dr. Omar Easy’s words regarding Wayland not playing WA this spring season: “We stand ready to collaborate with Westford, to create and foster a safe and anti-racist environment for all of our students and student-athletes.”

“I like that statement. Although they’re not happy with us right now, which I understand, I love these words. It says to me that there’s been some damage done, but that we can move forward and work together,” Antonelli said.

At the end of the day, despite its current image, Antonelli truly believes Westford is an anti-racist district.

“I’m not sure that the community of Westford understands how our students interact with one another. Whether you are white, Black, brown, Asian, or Indian, when I look at the tables [at lunch], I see friends. I see people sitting together, having great conversations, and laughing. This is us, a beautiful melting pot of people who are just enjoying life,” Antonelli said.

In agreement with Antonelli, WPS Superintendent Dr. Christopher Chew believes in the importance of tackling systemic racism within the district and working with not only Wayland but other towns to ensure the long-lasting impacts of DEI (Diversity, Equity, and Inclusion) initiatives within the community.

“There were concerns that the initial communication of not allowing student spectators to attend some of the upcoming games was the end of the conversation. It is only the beginning,” Chew wrote in a letter to parents on Tuesday, February 1. “We are partnering with both the leadership of the visiting teams’ school as well as members of our [Westford and WPS] DEI Committees to ensure that we discuss these issues fully and transparently.”

To read more on the incident: