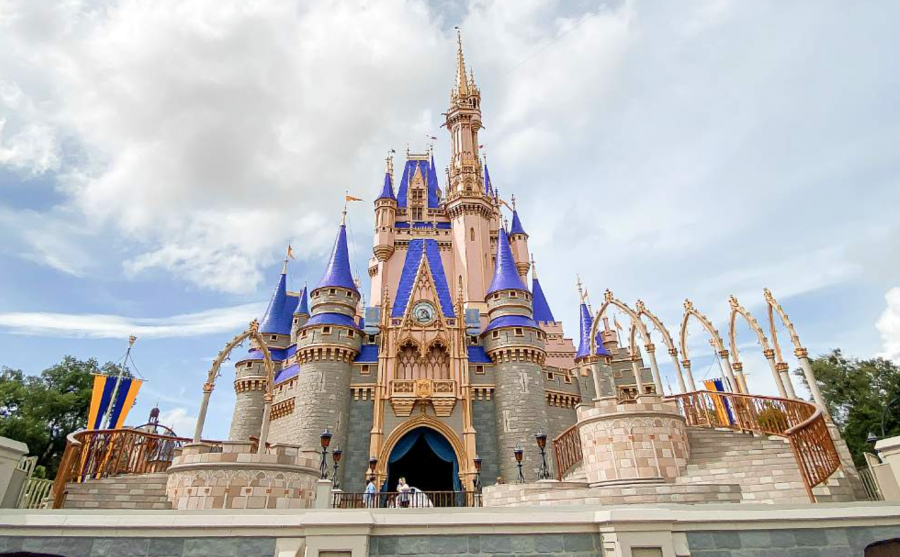 The class trip to Disney World, Orlando, has not been finalized. The class of 2019 was the last senior class to go on the trip, as the class of 2020 was not able to go because of the pandemic.

Although COVID-19 cases are on the rise in Massachusetts, traditional senior events such as Prom, Disney, and Capstone, haven’t yet been definitively cancelled by WA Administration for the class of 2021.

According to Betsy Murphy, the Dean of the Class of 2021 and Student Activities, both Prom and Cotillion venues are booked for the spring of 2021.

Murphy’s Disney contact will be prepared for a 2021 Disney trip if it is confirmed. She says she is can, and is willing to organize a class trip to Florida should the conditions of the pandemic change.

“For 23 years, I’ve been in a business where we plan things out a year in advance and put things on the calendar before we even open the doors every year. […] But as I said on […] Senior Night, I am ready to do Disney at the 11th hour if it’s safe to do Disney, and we can get on planes and we can be in the happiest place on earth,” Murphy said.

A deposit and two separate payments for Disney are spaced out in conventional years. Although all students in the class of 2020 were returned most of their money for the trip, they were unable to be reimbursed one non-refundable deposit.

Due to the unpredictable nature of the pandemic, deposits for Disney haven’t been collected for the class of 2021, and flights and passes haven’t yet been arranged. According to Murphy, should the trip take place next spring, the financials may be difficult on families, as they will have to pay for the trip in a shorter amount of time.

“We usually space out a deposit and then two different payments so that people could spread that out. So, that’s probably going to be the only difficult thing. [It might] put families and people in a bind if we decide that we can do it [the Disney trip] last minute,” Murphy said.

As for the Capstone projects, the WA Guidance Department, namely counselors Susan Lynch and Heidi Hider, are in conversation about a Senior Capstone. Although nothing has been finalized regarding the Capstone for the 2020-21 school year, there will still most likely be some sort of culminating project next spring for seniors.

“I do hope we can still have one form of one [a Capstone project] because it’s one of the bigger privileges of being a senior at WA,” senior Olivia Smith said when asked about her thoughts on the Capstone next year.

WA’s Central Administrative Office is in the process of reviewing the state guidelines regarding coronavirus. Several factors, such as the safety of students and staff, are being taken into account by administration.

WA Principal James Antonelli mentions that if a coronavirus vaccine is able to be administered and distributed, and is effective enough to be able to host large gatherings, the chances for having a Disney Trip, a conventional Capstone, and a Prom among other things, will increase. According to Antonelli, the occurrence of major senior events will be finalized in the New Year.

“I’m praying that we can get through this. People keep saying some of the darkest days could be ahead of us, […] but the Governor [Charlie Baker] said once it’s [the vaccine] approved, then it’s going to be ready to go in the pipeline for distribution,” Antonelli said.

Student government and representatives for the Class of 2021 have been planning several events to bring their class together during their final year of high school, such as a Senior Olympics, as well as a Senior Sunrise, an event for the class to gather together and watch the sunrise.

“We’ve had a lot of great ideas that we were simply not able to do because of the pandemic,” Vice President of the Class of 2021 Amelia Talluri said.

Events where students are to gather together in cars, such as the Senior Sunrise, and drive-in movies, another commonly discussed prospect for the class officers, have proven difficult to execute safely. According to Murphy, it would be difficult to ensure that several students will not be in cars together when they shouldn’t, and gather together afterward under exposed conditions.

The Senior Olympics was planned to make up for the football games, the Spirit Rally, and the tailgates that weren’t able to take place this year. Student Council spent days planning, arranging teams, and getting medals for the event. However, within forty-eight hours of when the Senior Olympics were supposed to take place, a pandemic-related incident occurred in town, leading to its cancellation.

Especially as they weren’t able to have a Cotillion the previous year, the class of 2021 is at risk of not being to experience a lot of what defines high school to many.

Senior and STUCO Representative Tanya Sawhney is disappointed by the current circumstances, and what that means for her and her classmates. However, she understands the complicated and strenuous process of planning senior events.

“I wish we didn’t have to miss out on so much, but I understand how important it is to stay safe, and I’m a part of student council so I know how difficult it can be to plan things. I’m so grateful for the people who try and make events happen anyways,” Sawhney said.

For Smith, adjusting and compromising for the pandemic has become a “new normal”.

“I’ve honestly gotten so used to adjusting everything with the pandemic; everything has changed. I was surprised when I realized I would be missing so much, and it feels like a new normal now. It’s not the best way to end my experience at WA, and it certainly wasn’t what I thought it would be going into high school, but it is a challenge for everyone,” she said.

Regardless, STUCO, the senior class officers, the advisors, and Murphy have been working to find ways to hold events safely. According to Senior Class President Viraj Jayaraman, student government has some ideas for events in the future, as well as some plans they’re in the process of executing.

Murphy has been in communication with the Westford Board of Health to carry out events. She has been at student council meetings frequently to discuss and offer insight on ideas. Throughout the process, she hopes that by the end of the school year, her class will be able to experience a senior year as standard as it can be in comparison to previous years, while still prioritizing the health and safety of students and staff.