Ranjan makes her way to the Golden State

From its sparkling blue beaches to its bustling cities, California is the prime image for positivity and innovation. Many students on the east coast dream of basking in the Californian sun on a daily basis. For senior Shivangi Ranjan, high school was one large, up-and-down roller coaster that prepared her to meet her lifelong dream of being a part of the Californian crowd.

Ranjan will attend the University of California, Berkeley in the fall as an economics major.

“I chose economics because I hope to go to law school in the future and I know that this would be a good major to help prepare for law school. Not only that, but I like the fact that it is both theoretical and analytical. I also enjoy math and want to continue doing something with it in college,” Ranjan said.

After serious consideration, she chose UC Berkeley because of its economics program, the beautiful campus and weather, and the chance to start fresh in a new state with completely different people.

“UC Berkely offers a great business economics program which I might develop an interest for in future years. This program isn’t offered every. Also, the city of Los Angeles is brimming with opportunities, and I can also network through their large alumni association,” Ranjan said.

Since the United States considers UC Berkely a top school, Ranjan rigorously prepared herself to meet the standards of such a prestigious school, while also understanding the importance of free time, relaxation, and entertainment.

Ranjan participated in speech and debate for all four years of high school and even made it to finals multiple times. It was an outlet for her to practice her communication and public speaking skills. After trying out a handful of the numerous events, Ranjan fell in love with impromptu, living for the adrenaline that kicked in as she came up with a speech only a couple minutes before delivering it.

“Speech and debate was one of the highlights of high school for me. I was co-captain for my junior and senior years. It was stressful at times because I wanted to do a good job for all of the club’s members. It ended up teaching me a lot about leadership because I had to learn how to be assertive,” Ranjan said.

Aside from speech and debate, Ranjan served as co-captain of the mock trial team, holding the position of a cross lawyer. She credits mock trial for boosting her presentation skills because of its questioning and delivery process. Ranjan participated in Model United Nations, in which she carried on the role of secretary. Through these clubs, Ranjan discovered her fondness for political science.

“I knew I was always really passionate about current affairs and the justice system, but participating in Model UN and mock trial, opened up a whole new area for me to grow my love for political science. In Model UN, it was a similar feeling as I took on the role of a different country,” Ranjan said. 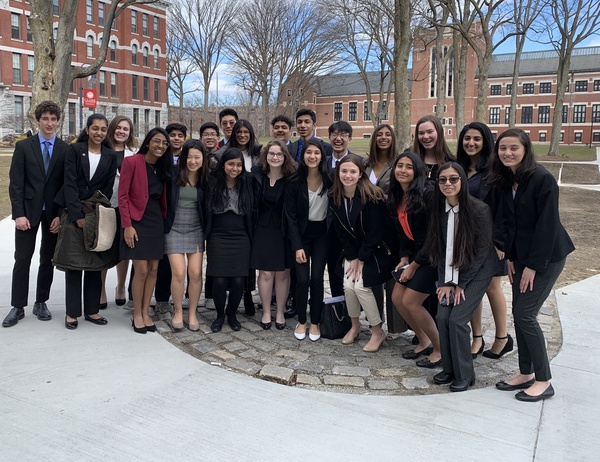 Her father, Ajitabh Ranjan, noticed the dedication and hard work his daughter put into her extracurriculars.

Outside of school, Ranjan engaged in activities involving her Indian heritage. She took part in the Indian classical dance form of Bharatanatyam. Starting her training in 2007, Ranjan is highly skilled in the art.

“When I was younger, I did a lot of things related to my ethnicity. I attended Shishu Bharati, a school that teaches people about parts of the Indian culture, such as religion and language. I started dance when I was about six and realized it was a great way to fit in exercise. I loved feeling connected to my roots since each dance has a religious meaning,” Ranjan said.

Although it started as a small commitment, dance took up a significant amount of Ranjan’s time during high school. When she prepared for her arangetram, “graduation” dance, in sophomore year, Ranjan needed to manage her time in order to keep both her academic and dance careers thriving.

Many of Ranjan’s greatest memories are of performing. When looking back, Ranjan can not find a point in her past where she debated quitting Bharatanatyam. Her training shaped her into a knowledgable person, teaching Ranjan about her ancestors and religion. 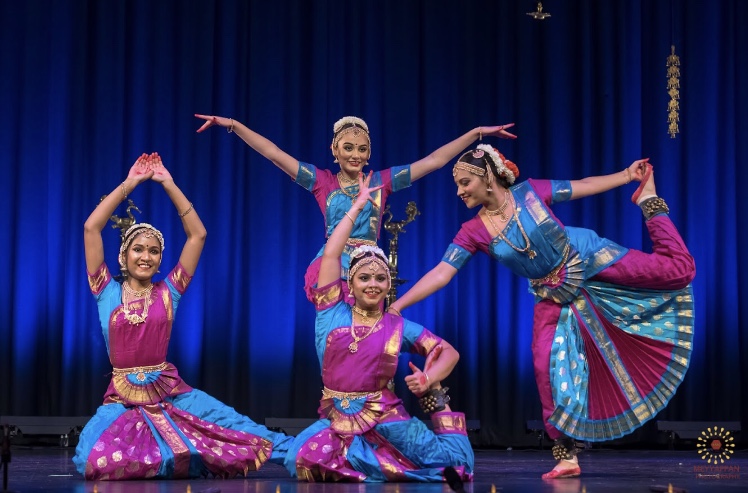 As her high school career ends, Ranjan reflects on the people who influenced her the most.

“I am eternally grateful for Westford Academy’s kind community. All the teachers, especially the ones in the Latin department, are willing to help students reach their full capabilities,” Ranjan said.

Ranjan left her mark on younger students, mentoring through clubs and providing a welcoming face in the pressure-filled environment of high school.

“I really look up to Shivangi and see her as a role model because she is really smart and very involved and successful in a lot of the same extracurriculars I do. I met her through speech and debate at Stony Brook Middle School, and she’s always been really nice to me and has always helped me out,” sophomore Alpana Bakshi said.

Due to the inevitable changes students go through in high school, Ajitabh Ranjan witnessed firsthand his shy daughter blossom into a smart, young woman.

“She has grown into a more confident, responsible, and wiser person. She is an individual who can excel in her areas of choice and pursue them with full honesty and dedication. Earlier, she was shyer. She would just keep to herself. She learned to open up just enough so that she could express herself confidently in any forum without being too loud, bringing out one additional part of her personality, being balanced even in a difficult situation,” Ajitabh Ranjan said.

With the closing of this chapter, Ranjan is excited to embark on a new journey. Even though Ranjan is saddened to leave her friends, her home, and all the things that make up her childhood, she is eager to be a college student in the bright, sunny city of Los Angeles.

“I’m definitely scared about it because it is across the country and there is a three hour time difference. Yet, I know that I will be able to adjust there and have a great time and I will always be able to communicate with my loved ones. I also have a lot of family in California which makes it less scary,” Ranjan said. 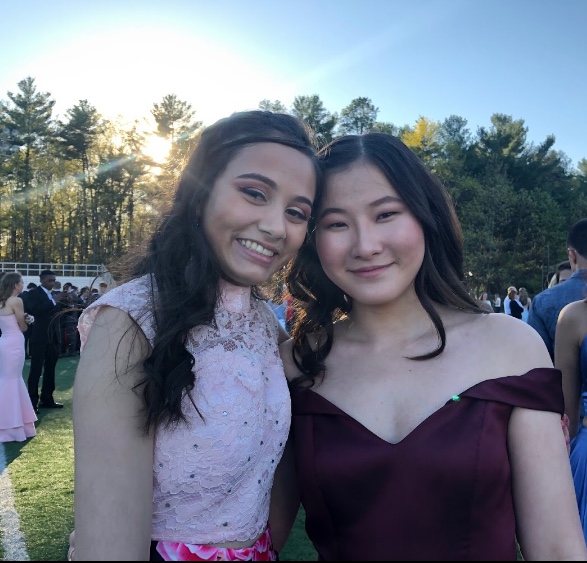