Breaking down the recall election of six School Committee members

As of Wednesday February 12th, Westford resident Sue Higgins has been collecting signatures for an official recall referendum election against School Committee members Avery Adam, Chris Sanders, Gloria Miller, Alicia Mallon, MingQuan Zheng and Megan Eckroth. Higgins and her team expect to collect their last eleven signatures by the end of the upcoming week, and they will proceed with the second phase of the signatures shortly.

I. The Process of a Recall Election

Generally, recalls of elected positions may occur if a member has been in office for over six months, as is the case with the six recalled committee members. No officially recalled member may run the next year.

However, committee members Megan Eckroth and Gloria Miller, who have less than six months left on their terms, cannot be recalled. With the advent of the town election on May 5, voters simply won’t vote for these individuals if they see them unfit. If the recall election is held on May 5th in accordance with the Town election, no additional money will be spent. However, any alternative date will cost the town an additional $3500-$6000 according to Town Clerk Patty Dubey.

In order to formally hold this recall election, protocol states Higgins must acquire 25 signatures per board member per district: 900 signatures total. Dubey later verifies all signatures have come from registered Westford voters. This past week, Higgins collected signatures by knocking on the doors of several Westford residents, a process Higgins cites as having been quite smooth. 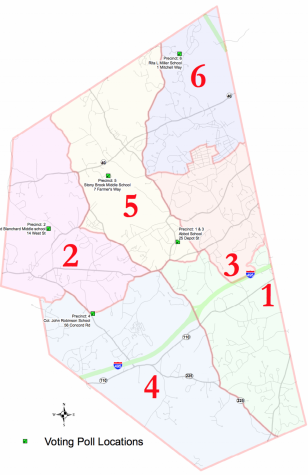 “The process hasn’t been bad at all. I met a lot of neighbors and a lot of people I didn’t know through friends. Everyone has been receptive, whether they have kids in school or not because this issue just affects everybody,” Higgins said.

Soon, Higgins and her team plan on filing these signatures with Town Clerk Dubey.

“When I get the first set of recall papers from the petitioner, the six committee members will be notified. They have five days to give me their resignations if they decide they don’t want to go through with this process,” Dubey said.

If no resignations are formally filed, Higgins must gather signatures from 10% of voters in each precinct, roughly 1600 signatures, for the recall election to be brought to the Board of Selectmen.

Higgins began her petition due to belief that those six school committee members failed to execute their duties in an effective and transparent manner, namely citing the rejection of Olsen’s contract extension.

“My son and my two nieces went to Westford Academy and I have worked with Mr. Olsen while all three kids were in school, and I found him to be nothing but outstanding. I was also the president of Westford against substance abuse, and I always found that no matter what I needed to ask him, his doors were always open. And I just didn’t see any support or substantiation in the school board meeting on the 1oth. So I talked with a few other concerned people and the idea was bloomed,” Higgins said.

“I left the School Committee about nine months ago, and when I left, I thought things were going pretty well. Lately, I think that things seem to be going off track. There’s been a lot of press and I think the staff, parents, and students are concerned about the future and I also still have family in the school. One of the issues I thought the current board had was the lack of leadership, and people haven’t really been on the committee for a long time, so putting in some more seasoned people into the committee seems like a really good idea,” Benoit said.

“I look forward to hearing from the Chairman and other members of the School Committee what their goals, vision and direction are for WPS, what qualities they are looking for in a new Superintendent and hope they will accept and appreciate the gift another year or two that we, as a town, have with Superintendent Olsen’s willingness to extend his contract to help with the search,” Cioffi said. 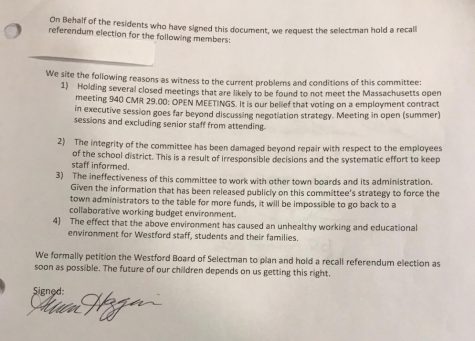 Overall, some on the School Committee, such as Avery Adam, believe holding a recall election is a right citizens of Westford should be able to exercise and view the election as an opportunity to receive feedback from the public rather than a personal attack.

“A recall is part of the democratic process. If the public feels strongly, it is their right to exercise this opinion. Part of the WPS mission reads, ‘develops in its students the skills and attitudes that enable them to be lifelong learners, exercise sound judgement, and become responsible, contributing members of society,” Adam said.

However, committee member Megan Eckroth believes as though the recall election may have been an impetuous decision based on a single negative incident.

“It has always been my belief that recall efforts of any elected official should encompass broad concerns about an official’s ability and fitness to serve. I don’t believe that is the case here. This recall effort was spawned by the disagreement with a single decision and is not reflective of the full time served or body of work of any individual,” Eckroth said.

Some Westford residents such as Kathryn Rokita raise similar concerns regarding the ethics of Higgins’s recall petition due to a lack of concrete evidence of a wrongdoing and trust that the current committee members act with best intentions in mind. 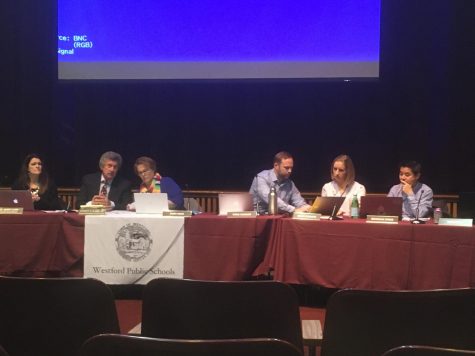 Rather, it is believed by some groups that further investigation regarding the alleged malfeasances of those six committee members, especially regarding the executive session Board meetings.

“If we are being asked to pass judgement on any decision made by the School Committee, we first need to have access to all the facts. Meeting notes, procurement records and any other pertinent information must be made public. Otherwise we are simply making assumptions based on hearsay, personal agendas and information leaked on social media groups via fake accounts,” Rokita said.

As a solution, Cioffi suggests that Westford officials must be responsible for providing residents with detailed reports of such executive board meetings in order to bolster mutual trust.

“As a community, I feel Westford residents have felt that their voices and concerns have not been heard by the School Committee. They are now torn with having to decide upon the necessity of a recall petition, the repercussions that may follow and how Westford will move forward to heal the divisive wound that has been created,” Cioffi said.

Ultimately, the goal is that through the recall election, the new School Committee will be able to collaborate in a more transparent manner and focus on what’s most important: student education.

“For me, the most important thing is the kids in Westford. For me, finding out what direction they think they want to go in and giving them some history on where we came from when I started on the committee could be of value,” Benoit said.