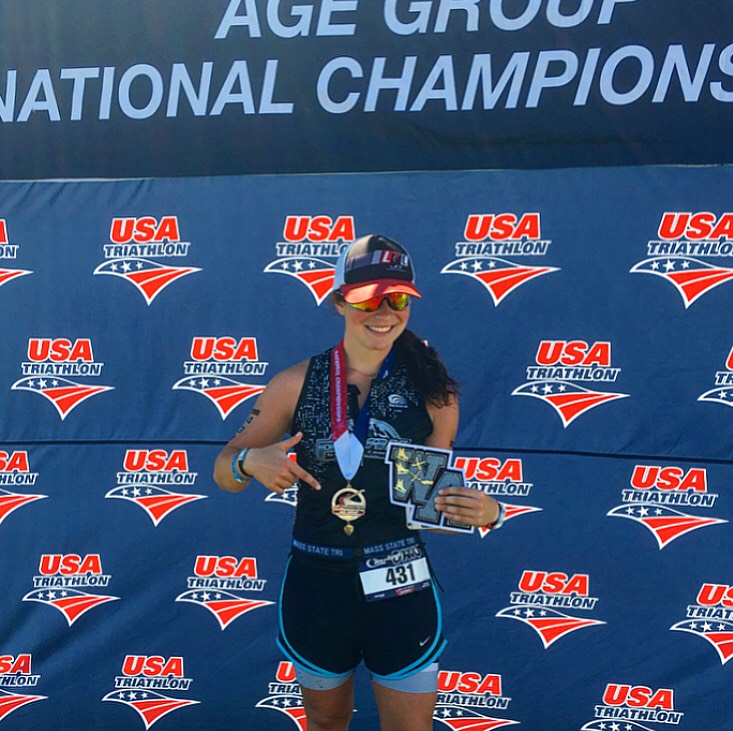 For countless nights, she stays up until two in the morning on a bike in the basement, or gets in an extra swim before school. No one sees the mental struggle or the times when sleep is impossible and she vomits at night because her body cannot take it anymore; they are the experiences such as these that fuel, and pose as hurdles, for senior Olivia Vallone.

Vallone has been playing sports in general as long as she can remember; sports had always been a platform to interact with new people and try new things. Since first grade, she kept adding on more and more sports and it kept escalating. Triathlon, however, was something Vallone discovered much later.

“I didn’t get into triathlons until about seventh grade, and I really didn’t start having success or getting into the higher levels until freshman year. My first race was the Appleman Triathlon Littleton. I always saw the banners up and then I saw the race happen at some point and I was like, ‘Wow, that’d be pretty cool to do myself one day.’ From there I was hooked,” Vallone said.

As soon as Vallone began to take up triathlons much more seriously, she soon learned of the physical and mental preparation it takes to perform at such a high level. Vallone trains for at least two hours daily, while mid-season requires her to train for over 30 hours weekly. Her practices consist of weights, aerobic workouts, as well as her three main sports– swimming, biking, and running. Mentally, Vallone has found it difficult at times to refrain from comparing herself to other athletes and struggling with the idea of whether or not she is good enough.

“Physically, most of my time is devoted to training. The time I’m not training, I’m trying to mentally orient myself, focus, and hype myself up. A lot of what I’m doing is self-motivation and self-confidence and that’s something I think a lot of people, including myself, struggle with,” Vallone said.

While mental and physical training may be unseen to most people, her success is well known. With that glory comes the struggle of meeting those constant expectations, and facing the fear of letting people down.

“In my all my sports, I’m expected to be the fastest, the strongest and that’s just not the case,” Vallone said.

Those very people who it’s so hard to see let down are the same people who lend a hand at the end.

“I’m fortunate to be in the position that I am, a school administrator and a coach, [in which] I can connect with her on various levels. She wears her heart on her sleeve, and I can tell right away when I need to reel her in. You can tell when she’s not in a good mood, and I just try to be a supportive figure for her in any role I can, whether that be a friend, a coach, or a dean,” Bob Ware said.

Yet, despite the hurdles she has faced along her journey, Vallone believes that the main reason why she continues to compete is how rewarding the experience is in the end. For her, overcoming the obstacles and pushing through to the end is what makes the experience more fulfilling.

“Sometimes I’ve wanted to give up when everything hurts, but I’ve realized those were the best moments because that’s when I learned the most and that’s when I felt the most emotion. Especially being in my position, everyone so much older around me and so much more experienced, it’s just there’s something electric in the air. At the end, the best part of it all is that I realize I have the opportunity to make something of myself,” Vallone said.

Vallone believes that even outside of the track, the qualities she has gained through her experiences have also made her a better individual. Factors such as endurance that she has gained from competition translate into academics in that being a senior, some students decide to take it easy and “coast the rest of the way,” according to Vallone, while she has decided to do the exact opposite. Like finishing a race till the very end, Vallone continues to challenge herself academically, even though that comes with compensating her leisure hours.

With this level of motivation, it is no surprise that Vallone will be going to a Division II college, and she is the first athlete to be committed early to Daemen College, majoring in writing and English. Vallone has also made Triathlon World Championships to be held in Sweden from March to September this year.

Ware goes on to say how he has witnessed this growth within Vallone during her time at WA.

“Not only have I seen her grow and develop on the track, but grow and develop into a person that’s ready to go to the next level. She has a very high internal code of honor and compassion,” Ware said. 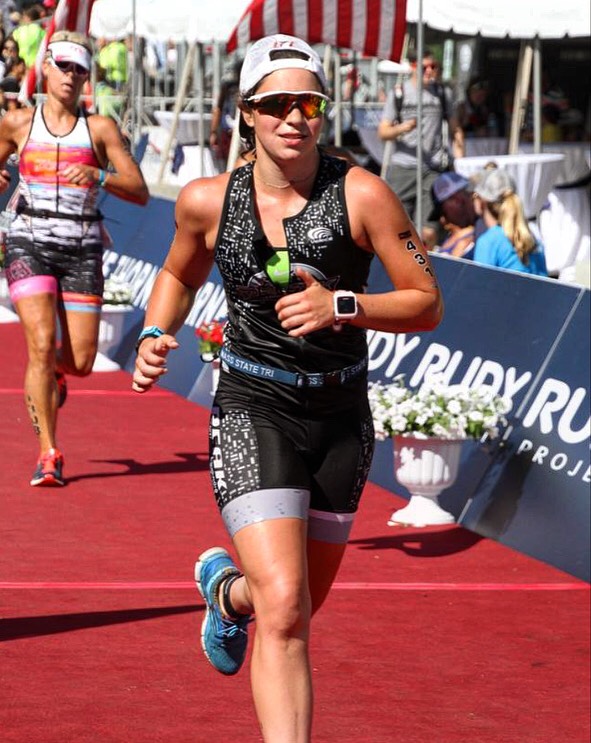 In addition to her heavy sports commitments, Vallone still manages to find time to help other students reach their goals and pose as an inspiration to them.

“The dedicated mindset that Olivia has developed through her training has clearly influenced her in other areas. For example, last year was her first year doing outdoor track, and she already made a huge impact on the team by motivating the distance girls to train with 100% effort. Her vibrant personality makes her a valuable member of a team and classroom, ” English teacher Michael Estabrook said.

Not only does the student body look up to her, teachers that have known her, such as Estabrook, feel that knowing Vallone has made them a better person as well.

“Olivia’s passion for running reminds me of how great distance running is and what it can do for people. The immense joy it brings her makes me want to help other students find a passion for distance running too so that they can also find happiness and fulfillment through running. In that way, Olive has made me a better coach,” Estabrook said.

Finally, reflecting upon her time at WA, Vallone thanks everyone that has helped out during her journey in any way possible.

“Everyone who just wishes me a good luck, I try and race for them because of just the fact that they care, and they wish for my success, I take that to heart. I feel that very deeply. I’m so grateful for everyone who has invested even a morsel of belief in me, and they’re why I’m here now,” Vallone said.