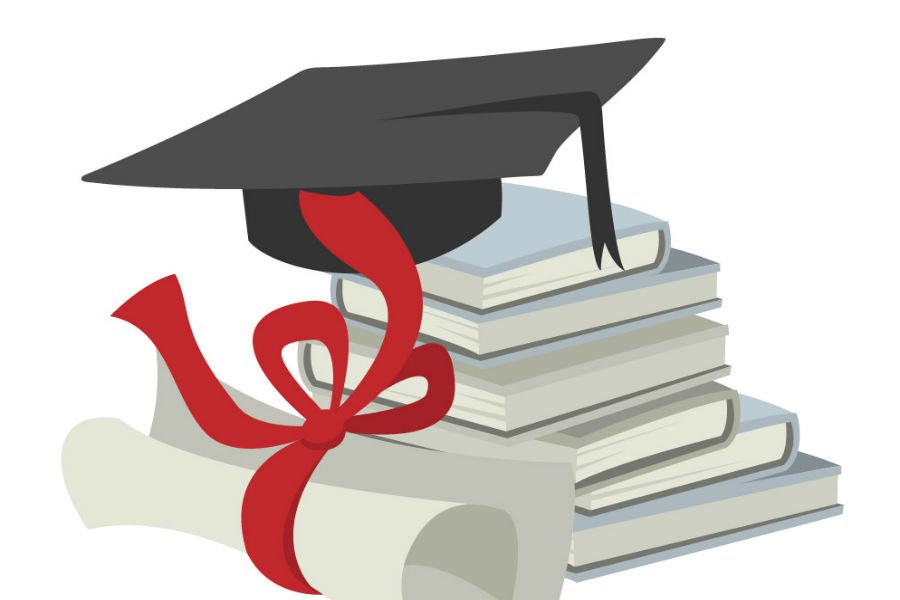 Many teachers at Westford Academy have earned their Master’s Degree, but few go on even further to earn a doctorate. Two more faculty members will be added to that category, Mathematics teacher Brian Scanlan, who recently completed his degree, and history teacher Kathleen Ralls, who is looking to earn her degree by 2019.

Ralls is pursuing her Ph.D. in Leadership and Education at the University of Massachusetts, Lowell. Her ultimate goal is to work for an international organization that promotes gender equity.

This goal stems from Ralls’ love for sports and her experiences as both a student athlete and a coach. She wants to use sports to promote gender equity for developing nations, and how that leads to academic success. Ralls hopes to look at the effect of girls, especially in developing countries, having a voice, and although she is focusing on sports, this effect can be studied in any extracurricular activity.

“My view [of the world] is through gender, so I feel like in developing nations they have the greatest amount of growth, for girls,” Rall said.

This interest in gender equity stems from her experience as a high school athlete at Chelmsford High School, where she was always on successful girls’ teams. Ralls noticed that the boys’ teams often received the recognition that her teams never got.

“I always was very disillusioned by the treatment that some of the boys’ teams received, in particular, the boys’ football team,” Ralls said.

Ralls applied for the Fulbright scholarship when she started teaching at Westford Academy in 2012. The scholarship allowed her to be a Roving Scholar of American Studies in Norway and teach at over fifty different public schools in Norway for the 2013-2014 school year.

“I got a great taste of international education,” Ralls said.

The experience helped her to realize that she wanted to enter a career aside from teaching, so decided to apply for a Ph.D. shortly after.

While Ralls pursues her Ph.D to enter a different career field, Scanlan is looking to use his completed degree to better his teaching.

Scanlan completed his Ph.D this school year on February 1 in Mathematics and Science Education. According to Scanlan, it was not an easy degree, but he wanted to be more informed on the subject so that he could improve his students’ experience in the classroom as an educator.

“I am interested in the thinking that occurs through the process of learning and understanding the mathematical concepts,” Scanlan said.

In particular, Scanlan was interested in the research study aspect of the degree, and it was one of the primary reasons he pursued the degree.

“It was helpful to learn how statistics are developed or utilized in mathematical application,” Scanlan said.

Scanlan was inspired by other faculty members who were able to achieve the degree. Furthermore, his mentor recommended pursuing a Ph.D. many years ago, and Scanlan had tried at one point, but could not complete it and dropped out. A couple years later, he tried again and was able to complete it this school year. He credits his mentor for the motivation to study further.

“Without her encouragement, I don’t know if I would have pursued the degree,” Scanlan said.

Ralls is currently three years into the degree and hopes to finish in 2019. Her course work will be completed in August, and then she will be doing a study for her final year. She is currently talking to organizations in Djibouti and Ethiopia to complete the study.

Doing the course led to Ralls learning a lot about time management, and how to divide up her day so she still has some time for herself. Getting engrossed in the schoolwork eased up the transition, as she enjoyed the content.

“It’s brought me to a new level of thinking, which I really enjoyed,” she said.

Ralls describes having a Ph.D. as “limitless,” and looks forward to seeing what the degree allows her to do and how she can be a leader for others.

While Ralls nears the end of her degree, Scanlan has already completed the process. He went through an eight-year process to earn his Ph.D., with one course per semester as well as summer courses.

When starting the degree, Scanlan was looking forward to reading some of the research but was also nervous. He described himself as a more weak reader in school, so he had a relatively limited vocabulary. As a result, some of the peers in his classes were more familiar with some of the terms used, which motivated Scanlan to improve.

Over the course of his studies, he increased his vocabulary through the literature he read. Subsequently, his writing skills also developed further, which was useful when he wrote his dissertation.

Like Ralls, Scanlan learned how to manage his time. Scanlan’s sleep schedule suffered, as he was a student and a teacher at the same time, so he had to plan out his day so he was able to do all his work over the course of a healthy schedule. Furthermore, paying for the degree along with his regular payments helped Scanlan manage his finances more effectively.

Scanlan looks forward to applying his newly acquired knowledge from his research at Westford Academy. He took a year off from teaching a few years ago to focus on his studies and expedite the process of earning his degree. He now approaches classroom situations differently, since he has a better understanding of the difficulty of the subject. He referred to math and “the study of relationships” and that understanding the subject involves observing, and then describing those observations accurately.

Scanlan’s advice to those looking into pursuing higher-level degrees is to never underestimate themselves. As a student, Scanlan never believed he would complete a degree such as Ph.D., and he acknowledged the teachers and mentors who helped him along the way. Now, Scanlan will be using this experience to improve his teaching at Westford Academy.

“I’m excited for the time to think, and just have a little reflection on my professional life and my personal life as well, I think it’s really important to do that,” Ralls said.

She learned a lot from the school system here, specifically describing the idea of having extracurricular activities through schools as very “American” – her students in Norway were fascinated by this as it is rarely seen in European or African school systems. She hopes to involve this idea in her future work and make extracurriculars available to more students, especially female students.

Ralls is used to moving from one experience to another, so although she will miss Westford Academy, she is ready to move on and see what the future holds for her.

“I feel really refreshed, like there’s a second half of life with something different and something new to pursue,” Ralls said.