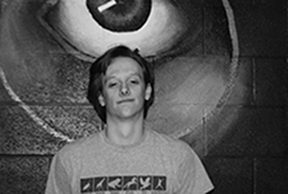 Battle takes on University of Exeter

It can be difficult to move away from the home you have lived in for most of your life, but it takes a special kind of strength and drive to transition to a new culture and environment. Senior Joel Battle aims to take on the challenge next year, as a freshman at the University of Exeter, in England. Though attending university abroad can seem intimidating to the average student, Battle’s parents, who are both native to the United Kingdom, encouraged their son to consider applying to Exeter.

“My parents aren’t from here, they’re from England, and so they would understand English colleges a little bit better than the American ones, and what to look for, and what I should be looking for,” said Battle.

Originally, Battle applied to three schools at Exeter, as is the process for colleges in the United Kingdom. After his acceptance into all three schools, he selected his top choice: History and International Relations.

“History kind of ties in with how the world works and how the world communicates with each other, so I thought it would be really interesting to study in college,” said Battle, speaking of his decision to study history and international relations.

The University of Exeter is a school specially suited to Battle’s plans for the future. The undergraduate college consists of a total of three years of schooling, the latter of which is a year of work experience off-campus.

Battle was drawn to the unique structure of the History and International Relations program, as well as its prestige among universities in the U.K.  The degree takes three years to complete, not four, as it does not include a year of general education as in most American institutions. Battle cites this as an incentive to attend the college, and that the type of education he will receive in England will help him to get a job more easily.

“Working abroad is such a different path than a lot of other people take, and standing out is important,” said Battle, regarding his decision to attend a school in England.

The application process for colleges out of the country can be complicated and have different requirements. Battle contacted a non-profit organization, Across the Pond, which put him in touch with a specialist to assist him with his applications.  The value of AP courses is much greater than standardized test scores on applications to Exeter, which was an incentive for Battle. He added that the process of focusing on AP classes was a good experience.

“I was proud of the scores that I got on my APs,” said Battle.

As a freshman, Battle took the World History II Honors course, which first began to guide him on his path to History and International Relations.

“I really liked that, because it was in the 1800s and 1900s, which I thought was really interesting,” said Battle.

His sophomore year, Battle took U.S. History I Honors, taught by Ron Kohler, whom he cited as one of his favorite teachers. In junior year, Battle finally gained some more freedom with choosing his classes, and took his interest in social sciences to the next level, taking two AP courses in the department, European history, and U.S. History.

Battle’s senior Capstone is a research essay regarding American Government around the time of the Cold War with the help of Kristen McAnaney, his AP European History teacher, and faculty advisor.

Battle cites his AP U.S. History teacher Donna Kavanagh as one of his inspirations and a source of help for his research. Kavanagh wrote his recommendations for colleges both in the U.S. and U.K. and has been a proponent of his education, providing him with books for his capstone.

“He is well informed and unafraid to share opinions. He is truthful and sincere.  He has a willingness to listen as well as seek out information in order to gain a fuller understanding of whatever historical or current topic is being discussed,” said Kavanagh

Battle also expresses an interest in English, in both writing and literature. Through his years at WA, he has appreciated all of his English teachers- Rose Dowd, Jack Holbrook, Lynn Bonakdar, and Rebecca Ingerslev. As a senior, Battle chose to take the challenging AP Literature course and found it to be valuable, especially with the heavy writing workload.

“I think just by the habit of writing more, you get more confident in yourself,” said Battle.

All of Battle’s inspirations for his educational course were not teachers. Comedian Jon Stewart may seem an unlikely candidate, but Battle believes that his political comedy has a way of transforming dull, historical topics into funny, lively, and engaging material.

Battle summarized, “He was a big eye-opener for me in how the world works.”

“He’s been an active member of NOW since it’s founding stages and I honestly don’t think he’s ever missed a meeting,” said senior Prachi Jhawar, one of the founders of NOW Club.

In his junior year, he made the decision to join WATA, one he is very thankful for having made. Battle covered a number of bases during his experience in theater, acting, singing, and as a behind-the-scenes technician. His recent productions include Peter and the Starcatcher, Lovesong, and Godspell.

“I got to meet a lot of new people, or strengthen relationships I already had with people I knew,” said Battle, about the connections he forged through theater.

Though he understands the challenges of learning to live in a foreign country, Battle eagerly anticipates the opportunities that lie ahead. In the third year of college, he hopes to gain work experience at the United Nations, which in turn, will help him to get a job at the organization after graduation.

The pressure of choosing a lucrative career path, or one dictated by parents in high school can be burdening, and the emphasis on finding a job stressful. However, Battle’s philosophy focuses on following his passions, regardless of competition from others.

He remarks, “Do what you love doing and what you’re good at doing.”