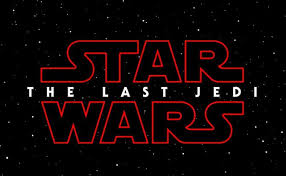 Coming to theaters July 7, the film stars Tom Holland and centers around Peter Parker’s double life as a high school teen and Spider-man. The highly anticipated movie will portray the conflict between Spider-man and his mentor Tony Stark, and a new enemy, the Vulture.

The fifth film in the Pirates of the Caribbean saga, Dead Men Tell No Tales follows Jack Sparrow in his quest to find the Trident of Poseidon. Pursued by an old rival, Capitan Salazar, Johnny Depp and Orlando Bloom reprise their roles as Jack Sparrow and Will Turner, hitting theaters May 26.

Featuring Emma Watson and Dan Stevens as Belle and the Beast, respectively, the movie is a remake of the classic Disney film with the same name. The original film is an adaptation of a popular French fairytale. The plot follows a young woman who hands herself over to a Beast in exchange for her father’s freedom. Her lover, Gaston, is determined to win over Belle and hunt the Beast down at any cost. Beauty and the Beast will arrive in theaters this March 17.

The eighth installment of the Star Wars saga, The Last Jedi continues to elaborate on the story of Rey, a young woman orphaned at a young age. Rey, played by Daisy Ridley, is accompanied on her journey with the Resistance by John Boyega playing stormtrooper Finn. Carrie Fisher, Adam Driver, and Oscar Isaac reprise their roles as Leia Organa, Kylo Ren, and Poe Dameron, hitting theaters late in 2017, on December 15.

In theaters now, The Space Between Us centers around a boy, Gardner Elliot (Gary Oldman), born on Mars to a dying astronaut who has lived on Mars his entire life. He eventually becomes friends with a girl on Earth named Tulsa (Asa Butterfield). He is able to meet her at age 16, but realizes that his organs cannot withstand the pressure of Earth’s gravity. The couple aspire to visit as much of Earth as possible before it is too late.

Releasing November 3, the newest film of the Marvel franchise centers around Thor, the crown prince of Asgard, played by Chris Hemsworth. Following the events of The Age of Ultron, Thor is trapped on a world without his hammer, and must fight gladiator fights to return to his homeland and protect it from Hela and Ragnarok.

The sixth film of the Alien franchise, the Covenant revolves around the crew of a space shuttle headed for a distant planet, expecting to find a paradise of a world. However they end up on a planet full of dark creatures hunting them. The film is set to release on May 19.

The Justice League is a team of metahumans assembled by Batman and Wonder Woman to protect the world against various dangerous threats. The film will feature notable actors such as Ben Affleck, Henry Cavill, Amy Adams, and Ezra Miller. Opening on November 17, the movie is the fifth movie of the DC Extended Universe.