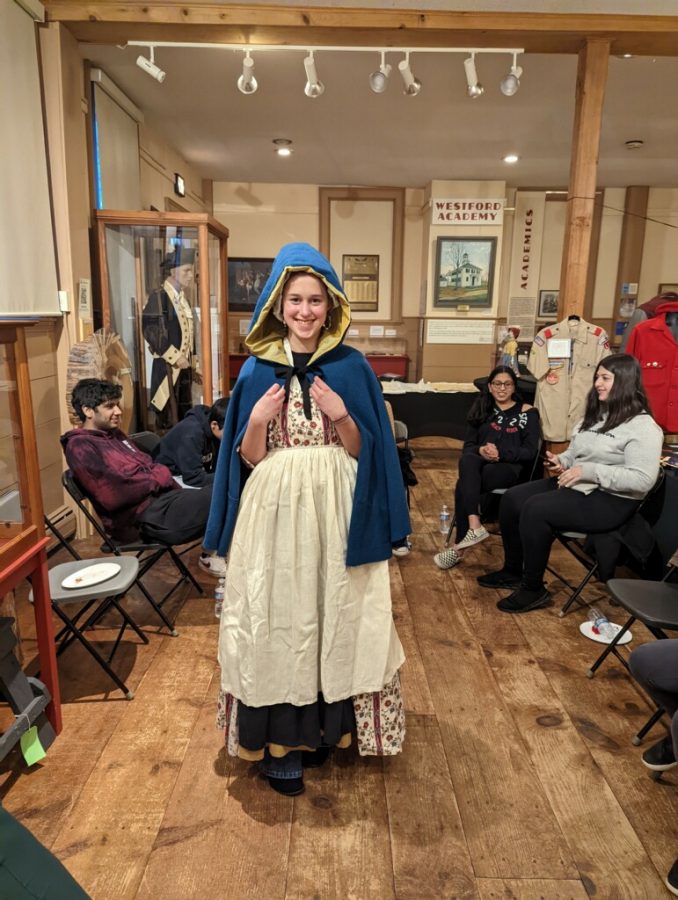 In third grade, students from Crisafulli, Day, and Abbot wait excitedly to tour the Westford Museum with high school guides and learn all about the history of their town. Six years later, the same students who were on the tour are now high schoolers a part of Westford Academy’s Museum Club.

These tours have been happening for 25 years. The goal is to encourage students to learn about the history of their town and get excited about it. High schoolers have the opportunity to learn the history of different artifacts and give these tours.

“We have meetings usually [at the Westford Museum] once a month, but we’re making them more frequent specifically for those tours,” freshman treasurer Maggie Burrows said. “So, the museum director, Mrs. Green, [can] teach us about the artifacts.”

Club advisor Andrew Norander has also been preparing for the tours himself.

“Logistically and from an administrative point of view, it’s a lot of work,” Norander said. “I [represent the high schoolers in the club] when I talk with Mrs. Green, who represents the museum and Historical Society. Together, we talk to Miss Erin Hogan who is the curriculum coordinator at the elementary schools and we work with her.”

Due to COVID-19, the club will be bringing the artifacts to the third graders instead of having them travel to the museum. There will be a replica of both traditional male and female clothing as well as Native American artifacts.

“[The students will learn] what people would have worn in Westford 200 years ago and we actually have […] replica clothing,” Norander said. “They’ll be an outfit for a third grade boy and an outfit for a third grade girl to try on and wear. Half of the program will be about clothes […] and then the other half of the program is about Native Americans in Westford. Specifically, the museum Historical Society is loaning a collection of actual artifacts that were found in town.”

Rather than presenting six artifacts, the club will only be presenting two to the third graders; traditional clothing worn by boys and girls and Native American artifacts.

“History is important to understand because it impacts us. Native American artifacts [allow us to] learn about different cultures, which I don’t think we’re exposed to as much,” Burrows said.