At the halfway point, WA Baseball refuses to lose 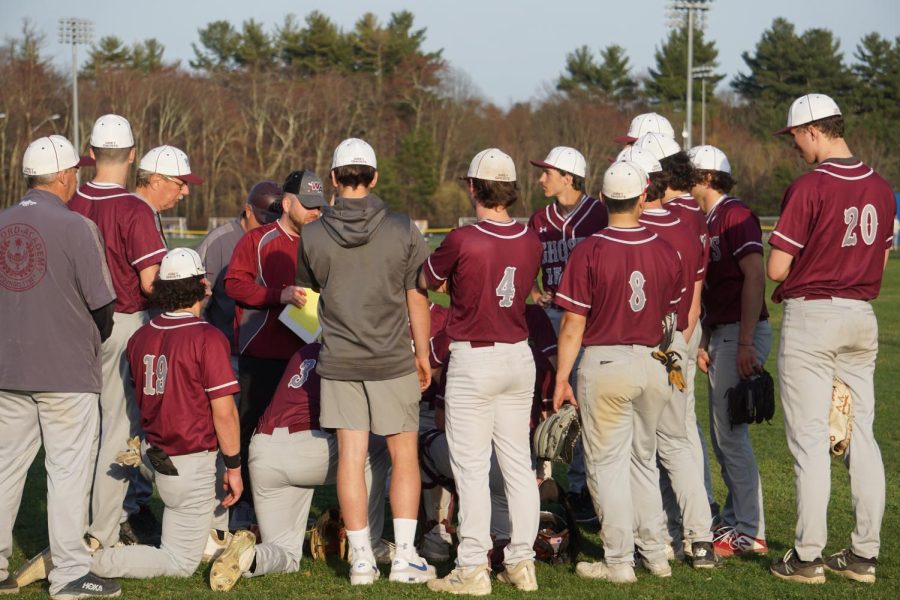 After nearly winning the DCL title last season, there are high hopes for the this year’s WA Boys’ Baseball season. While they missed the DCL championship title last season, the current 10-0 record for the season shows what they are made of. This record also puts them as one of the top teams in the state.

In addition to the 10-0 record, they have a 66-9 run differential through those first ten games, meaning they have scored 66 runs while only allowing nine runs.

Head Coach Mike Parent is very pleased with the team’s performance because of their ability to focus on the game without worrying about the score.

“The team has done a great job on focusing at the task at hand, which is the game in front of them,” Parent said.

Junior Co-captain Matt Morash, who is both a pitcher and outfielder, has acknowledged the pressure of being the top team in the league.

“Personally the pressure doesn’t get to me because I know how talented each and every one of us are. I know that if we keep playing the way we have been, that the future is bright,” Morash said.

Senior Co-captain and catcher Cole Kirby also addressed the same issue of the added pressure that comes with each game.

“We have to pretend that we are 0-0 in every game we go into and not let the moment get to us, which we have done an excellent job with thus far,” Kirby said.

Even though the team remains undefeated, the little mistakes can cause any team to give up runs, which ultimately leads to losses. So far, WA has been able to avoid those mistakes.

“We are very pleased to be recognized with some talented teams across the state but as the team says frequently, we hope to improve each day and be playing our best as June comes along,” Parent said.

No matter what position each player plays, or if they are on the bench for the game, everyone always arrives at practices or games, and maintains their spirit to help propel the team forward, as any negativity can quickly stop all teamwork.

“I am no more important than the guys that are in the dugout cheering us on because we are all contributing. Some just have different roles and responsibilities than others,” Morash said. “My job is to lead these talented ball players in the right direction so we can perform to the best of our abilities.”

Even with the hard work that comes with an undefeated record, the team ensures their time spent together is spent having fun playing America’s Pastime.

“Our team has the ability to keep practices light-hearted and enjoyable, as well as, focused as we pursue our goal of a state title,” Kirby said. “But we all agree that there is still a lot of work to be done, and we all understand that a lot can change in a very short time.”

WA Boys Baseball will look to keep their momentum going at Newton South on Monday May 9th at 4:30P.M.