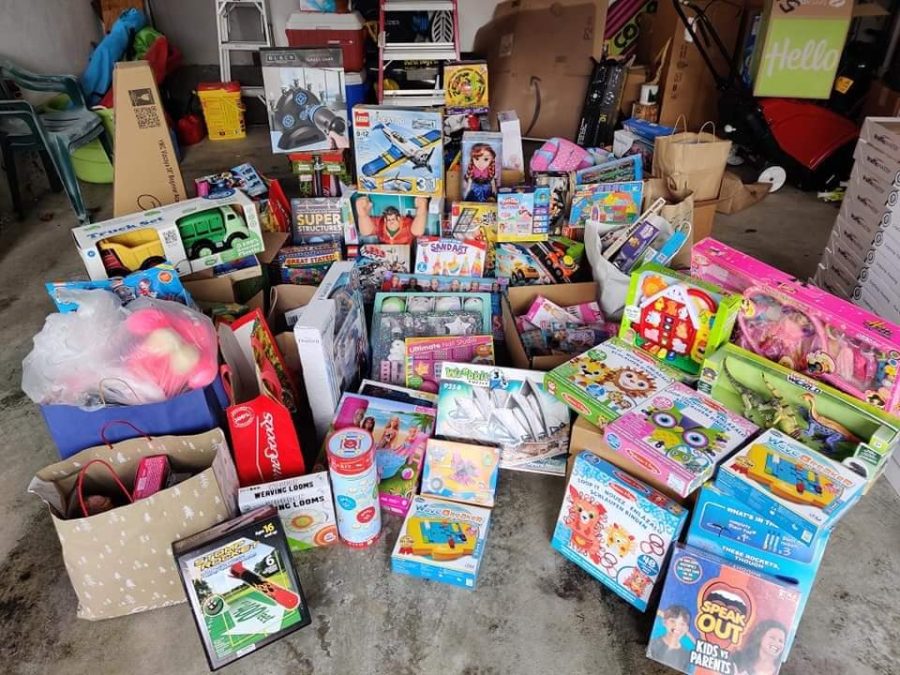 Every child delights at the thought of spending the holidays with piles of presents by the tree. Many are fortunate enough to have their wishes come true and the means with which to celebrate, but others, not so much. Fortunately, with the help of some very kind people, most Massachusetts children will receive a gift from Santa this year.

For the Love of Erika, a non-profit organization founded by Taylor Goodman-Leong, has provided disadvantaged children with gifts during the holiday season for the past 17 years. Each year, this organization works closely with Westford Public Schools, including Westford Academy, to organize a toy drive.

Starting in November, students have the opportunity to donate toys in boxes found throughout the school. By the end of December, the toys are picked up, sorted, wrapped and sent out to children in hospitals and shelters.

Erika, Leong’s childhood friend, was the first to receive one of these gifts. Erika and Leong both went to preschool in Westford and were really close friends. Unfortunately, at seven years old Erika was diagnosed with cancer and spent her time switching between hospitals.

“When she was diagnosed with cancer, it kind of started where I would just bring her gifts […] or we would do activities to brighten up her day,” Leong said.

Together, they wanted to surprise the other children at the hospital Erika went to as well.

“We made a plan to bring a couple gifts in, but she unfortunately passed away before we could do that,” Leong said.

Nevertheless, Leong continued what she and her friend had started.

“The first few years it was really small. [My family and I] would just bring a couple presents in, originally starting with the hospital she was at,” Leong said.

Eventually, For the Love of Erika expanded to different hospitals and shelters throughout Massachusetts, like Lowell General Hospital, Emerson Hospital and various homeless and domestic violence shelters. Even in New Hampshire, this organization has an impact, sending out toys to hospitals like Southern New Hampshire Medical Center.

In order to ensure every child gets the gift that they want, Leong’s mother, Laura Goodman asks the hospitals and shelters for each individual child’s gender, age and wish list.

“Usually if they’re fifteen, sixteen or older we’ll do something like a $20 gift card. Most people ask for Legos and Barbies, and Paw Patrol for the younger kids. We’ve [also] gotten a lot of remote control car requests already,” said Leong.

In addition to physical donations, FTLOE is accepting checks and GoFundMe donations.

This year, the Westford schools participating in the toy drive including Blanchard, WA, Crisafulli, Nabnassett, and Robinson. Lawrence Academy in Groton, the school Leong went to, is also fundraising. Gibbet Hill, a steakhouse also in Groton, is having a toy drive and hosting a holiday party for people in shelters.

Overall, with this toy drive, Leong hopes to brighten the holidays for children staying at shelters or hospital settings.

“These can be really tough times for people going through difficult or challenging situations. […] If you are a kid in a hospital or a shelter […], experiencing that throughout the holidays can be tough,” said Leong. “So we want to bring a little bit of cheer and […] happiness during the holiday season.”