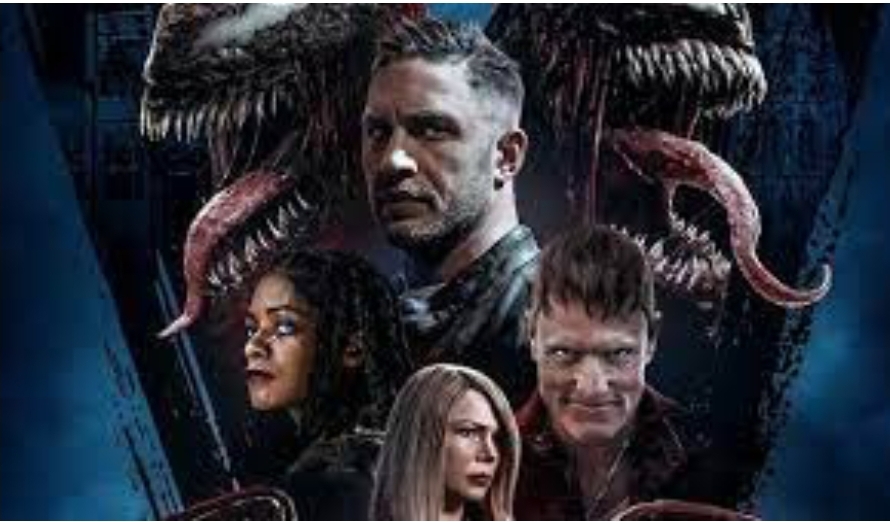 Venom: Let There Be Carnage adds great action without compromising the hilarious comedy. This film debuted in theaters Oct. 1. Leaving off from where the first Venom movie ended, with investigative reporter Eddie Brock (Tom Hardy) and alien symbiote Venom are bonded together. Now that he has Venom, he has started to rebuild the career he lost as a journalist.

In the process he meets serial killer Cletus Kassidy (Woody Harrelson), who is sentenced to death row after Eddie finds where his victims were buried. While he is locked up, all he wants to do is be with his psychotic girlfriend Frances Barrison (Naomie Harris) who has sonic scream abilities. Cletus’s dreams come true when Eddie and Venom accidentally create a symbiote offspring, Carnage, inside of Kassidy. While Eddie and Venom have some sort of code, Carnage and Kassidy have no qualms about having some destruction. During this time, Venom and Eddie are having a lovers spat because Venom wants to have fun. This causes the two of them to break up, but when they hear of this threat, they have to get back together and learn they are stronger together.

The movie was funny and well-written. The roles were cast very well, especially Woody Harrelson. He played the crazy serial killer beautifully with his way of speaking and physical behavior. The whole movie he speaks in riddles and has either an unnerving smile or a vengeful expression on his face.  The humour and witty banter between characters is spread evenly throughout the movie, making it easy to watch. The film doesn’t try to be too serious or too goofy, which makes it even more entertaining. During serious or intense fight scenes, Venom and Eddie never fail to find some joke or insult to say to each other.

The action scenes are easy to follow, but large parts of it were left up to imagination. Because PG-13 ratings allow a bigger audience, the movie didn’t get any of the gory details that would have added to the experience.

There are also some questions left unanswered about the abilities of Carnage. Venom’s powers are clearly defined in the two movies, but Carnage is seen picking a car ignition and doing crazy things with his body. Venom also seems scared of Carnage because he is a “red one”. But how is a red one different besides color? This begs the question, what are the differences in power between Carnage and Venom?

Altogether, Venom: Let There Be Carnage is a joy to watch and to laugh at with friends. The quality of the action, comedy, and the characters is amazing. It is a great way to round out Venom’s origin story so he can go on to bigger and badder things.

I would recommend this movie to any Marvel fan or anyone who enjoys superhero or fantasy movies. Other movies like it include any Marvel movie and the Deadpool movies. But really it is just a fun movie that anyone can enjoy. This movie has an amazing storyline, humour, but also is vague about Carnage’s abilities. Go see the movie and stay behind for the end-credit scene, which will make many Marvels fans excited for this extended storyline.