“Loki” is a time-traveling Marvel mystery, but does it live up to the hype? 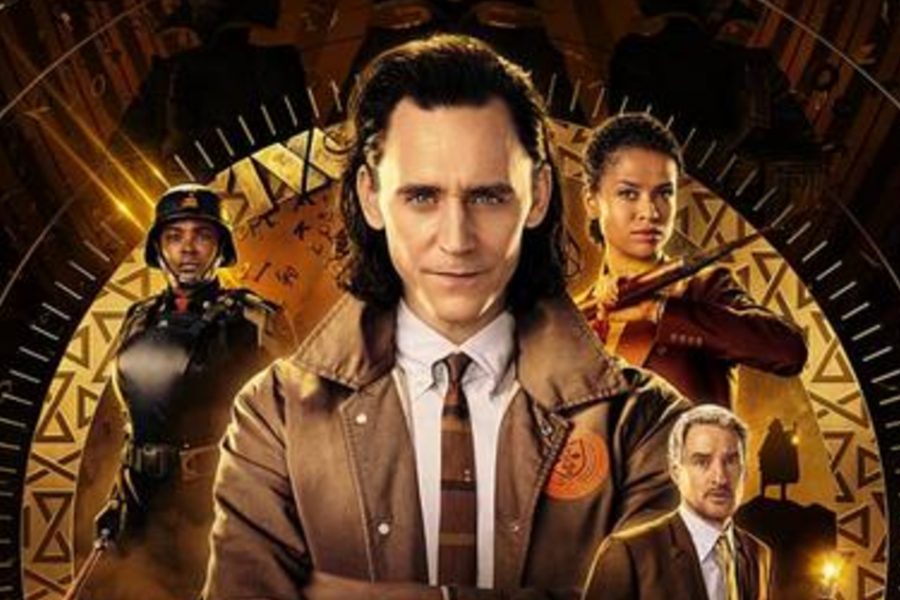 Loki is the third show released on Disney+ this year. It has a great cast and storyline, but does it hold up?

This year, Marvel and Disney have released three shows onto the streaming platform Disney+: “Wandavision”, a film centered on Wanda Maximoff (Elizabeth Olsen) and Vision (Paul Bettany), was released back in January; “The Falcon and the Winter Soldier”, another show centered on Bucky Barnes (Sebastian Stan) and Sam Wilson (Anthony Mackie) back in March. This month, Marvel and Disney have released Loki, another show centered on one of the MCU’s most beloved and iconic characters, the Asgardian god of mischief and trickery, Loki Laufeyson.

After watching  “Glorious Purpose”, the first episode of “Loki”, the show hints that the beloved character and namesake of the show will have more depth and backstory in the coming episodes. Loki also seems to revolve around four characters, Loki Laufeyson (Tom Hiddleston), Mobius M. Mobius (Owen Wilson), Ravonna Renslayer (Gugu Mbatha-Raw), and Hunter B-15 (Wunmi Mosaku). These four are our main characters, but since the show is part of the mystery genre there may be more characters we haven’t seen yet.

“Loki” starts with a short recap of some of the events in “Avengers: Endgame”. After the short recap, it immediately gets on with the story and sends Loki off to the Time Variance Authority. Around this time, we meet our deuteragonist Mobius, a time-traveling detective, who has been chasing after an elusive “Variant” who seems to be the show’s major antagonist. It is around this time that we meet our other characters Ravonna and B-15, who may be “minor” characters with little screen time in the pilot, but they have the potential to become major and important characters in the future. The episode continues with Mobius trying to convince Loki to join him in hunting down the “Variant” he has been chasing, while Loki just wants to escape this unfamiliar environment. By the end of the episode, Loki agrees to help Mobius.

The casting choice for Loki was great, and the cast seem to have great chemistry on screen. Wilson and Hiddleston work very well together, and this relationship shows in the duo’s acting throughout the episode. Hiddleston’s acting in this episode shows Loki’s sadness when it is revealed that his mother is going to die, as seen in “Thor: The Dark World”. Also, the interrogation scene between Wilson and Hiddleston is amazing and definitely built up the suspense for Loki’s escape attempt.

“Loki” has a perfect blend between the mystery of “Wandavision” and the action of “The Falcon and the Winter Soldier”. The characters seem to embody different tropes in the buddy-cop type of movie. Loki and Mobius playing the buddy cops, Ravonna playing a stern police chief, and Hunter B-18 playing a by-the-book cop. While “Loki” excels in the mystery genre, it lacks a lot of the action that is the staple of the MCU. The episode seems to build up a conflict between Loki and the TVA, but the only conflict we see in the episode is mostly for laughs and does not advance the plot. Even though the first episode had a satisfying conclusion that left the audience excited for the next episode, it felt like it lacked the action and thrill that Marvel fans love. Hopefully, in future episodes, this is addressed, and we get to see more of the action that is one of the main aspect of a superhero movie.

Overall, the show’s first episode was stunning, and I cannot wait for the next episode to be released. “Loki” is a great show for any Marvel fan and if you aren’t, I’m sure you will still enjoy the show. Episodes one and two of Loki are available on Disney+ currently and episode three will be released on June 23, be sure to check it out!