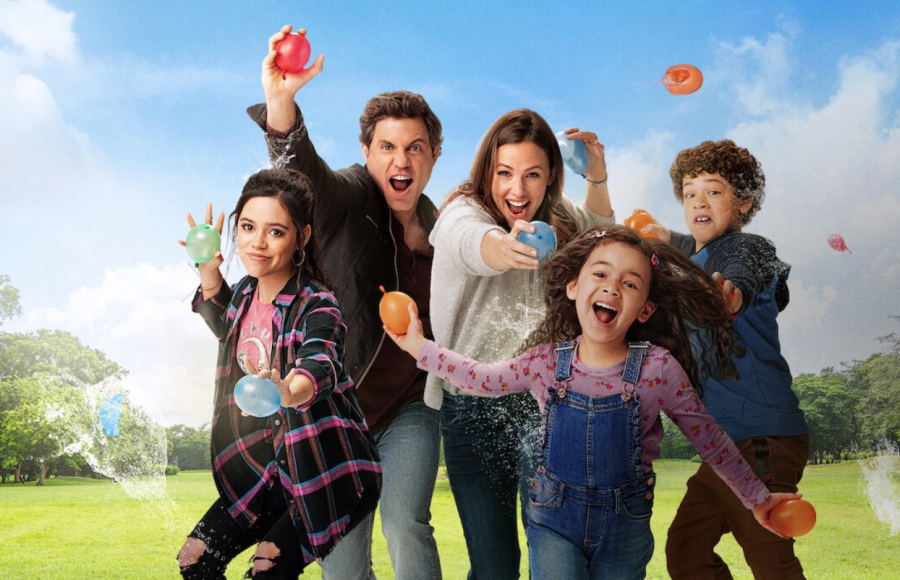 Want to watch TV on a weekday? Or eat ice cream for breakfast? As the daughter of two immigrant parents, I’d laugh at the infinitesimal prospect of me ever being able to do these activities. It’s not every day that immigrant parents are portrayed as anything less than stern and cold in the media, but the newest Netflix Original “Yes Day” challenges this stereotype.

Based on the children’s novel Yes Day by Amy Rosenthal, Miguel Arteta’s film, released on March 12, captures the complicated boundaries of parents and children in typical immigrant households. For anyone looking for a family comedy that teaches about the harmful effects of stereotypes, I would highly recommend “Yes Day.”

As a young man from an immigrant family himself, Artera’s film is heavily based on a true incident from his own childhood. Set in a California suburb, the movie follows the Torres family, in which mother Allison (Jennifer Garner) and father Carlos (Edgar Rmirez) raise their three children with an extensive list of rules, dictating everything from their clothes to whom they can have over to visit. One day, the eldest, Katie (Jenna Ortega) creates a bet with her mother that she would never be able to accommodate all of her children’s wishes for a mere 24 hours. Allison accepts this challenge, and dubs this day as the family’s first and last “Yes Day.”

Simply put, the film’s cinematography is excellent. The bright color palette used in the film aligns well with Netflix’s usually playful tone for its movies, and its welcomes readers to place keen attention on the colors to picturize the conflicts in the film. With the perfect ratio of longshots for potraying the grandeur and flamboyance of some of the activities the children request to the close ups capturing tension between Katie and her mother, the film finds a pleasant balance between the comedy and the seriousness for an entertaining yet meaningful film.

Adding even more flavor to Artera’s cinematic finesse, the well-thought-out casting of the film truly immerses viewers into an organic tale of an everyday Latino family. Known for her work in similar family movies, Ortega’s acting was nothing short of what I expected from her. As an immigrant myself, she emulates the subtle frustrations and attitudes of first-generation Americans very naturally, which allowed me to relate to Katie and empathize with her struggles throughout the film. Regardless of whether you are a parent or child from different cultural origins, Arteta’s cast compliments each other in a way in which viewers can see part of themselves through the characters.

“You just can’t buy that type of chemistry,” director Arteta said in an interview.

In addition, the omniscient point of view of the film allows readers to gain valuable insight into not only Katie’s struggles, but also the struggles of her mother. Viewers come to see that Allison was very much like her daughter as a child, but she chose to adopt the semblance of a strict parent to emulate her own parents, as they raised her to be a successful individual. The most heartwarming part of the film is Artera’s emphasis on dynamic characters who allow themselves to be forgiven for their mistakes instead of dwelling in the past, which is one of the most powerful interpretations of the immigrant mindset that I have seen in family movies.

Yet, aside from the important themes the film strives to convey, the picturization of the plot doesn’t do justice to the goal of the film to break stereotypes surrounding the immigrant demographic.

Many of the requests the children place on their parents are extremely odd and far-fetched, and quite frankly, no parent can be expected to be okay with allowing their children to do things like open the windows at a carwash. While the intent is in the right place, the outlandish plot examples used to convey this theme are weak and detract the reader from focusing on the message the story is trying to convey.

Although there is a central conflict of Katie trying to prove her mother wrong that she cannot be a fun parent, the film introduces a handful of other side conflicts in the film that are uniquely relevant and exciting, yet these underdeveloped inklings leave the entirety of the story as one consuming cliffhanger. I found myself having to pause the film occasionally to put together the basic plot on a handful of occasions, detracting from the movie. Consequently, not only does the resolution feel rushed, but meaningful points in the plot are overpowered by general confusion. Especially for a Netflix film geared toward younger teens, had the film focused on a singular, well-developed conflict instead of ending up in a choppy mess in the name of adding depth to the film, the overall movie would have been more successful in its plot delivery.

Albeit Artera’s plot direction convolutes the accessibility of the film’s themes as well as the beautiful visual elements of the film, one cannot ignore that the film rings with success in its creation of an extremely relevant message for immigrant children like myself: appreciating one’s parents and being supportive of one’s family. Not only are younger viewers taught to be comfortable in their own skin and respect other people and their cultures amidst a world where two issues plague our society, racism and a pandemic, “Yes Day” diversifies streaming service cinema yet holds so much more potential.

Overall, I would say that this film is a good start to giving immigrants a greater and more accurate representation in the media. If you like comedies with depth such as “Daddy Daycare” or “The Parent Trap,” Artera’s “Yes Day” is an entertaining and educational watch for younger audiences.