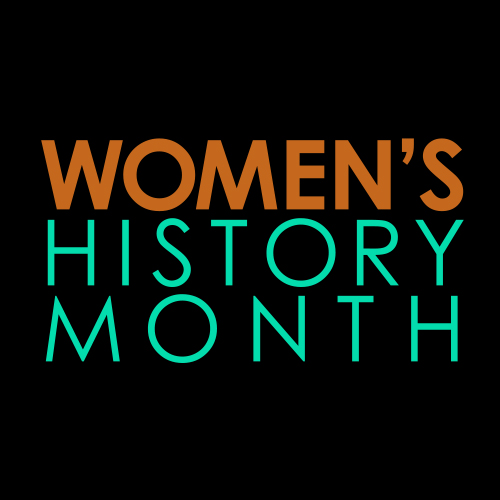 In honor of Women’s History Month, here is a list of ten of the most influential women all around. This list certainly does not encompass all of the women who have had a significant influence on the world so this list only considers 10 of them. It is also important to note that any political figures that have been mentioned are not for the purpose of politics but instead for their achievements.

Serena Williams is a wonder in many different ways, and she is a pro tennis star. Currently, she has won 23 Grand Slam championships. She is ranked number seven. 23 grand slams is the most won by anyone in the open era. She is also the mother of one daughter, Olympia. Serena is only one of three women to win both singles and doubles tennis in a single Olympics. On top of being one of the greatest athletes of all time, she also owns a jewelry and clothing brand. Serena also is an active voice for gender equality and equal pay. When people tell her that she is the “greatest female athlete of all time” she always corrects them into saying “greatest athlete of all time”. All of Serena’s accomplishments in the sports world and beyond inspire many girls around the world.

This name may sound familiar. Melinda Gates is the wife of Bill Gates, a co-founder of Microsoft.  Melinda and her husband founded the Bill & Melinda Gates Foundation which is one of the world’s largest private charitable organizations. This foundation works to tackle problems ranging across the world in North America, South America, Europe, Africa, Asia, and Oceania. Some of the problems that the foundation tackles are: eradicating Polio, enhancing education through innovation, delivering vaccines to the places most in need, and many more. She has also been recognized as the 5th most powerful women in the world according to Forbes.

FUN FACT: She won the Presidential medal of freedom in 2016.
Sally Ride

Sally Ride is a very significant figure in regards to influential women figures. Sally was the first American women to travel to space in 1983, and the third women overall to travel to space. Additionally, she was inducted into the National Women’s Hall of Fame. Ride broke the gender barrier in space travel and was a prominent figure for getting more women into space. In total there have been only 65 women in the entire world who have traveled to space. Sally took part in two space missions before leaving for a fellowship at the university that she studied at Stanford. When studying at Stanford she earned a PhD.

FUN FACT: She was an avid tennis player and even played against Bille Jean King.
Amanda Gorman

Amanda Gorman has been a more popular name recently as she was the youngest ever inaugural poet in US history. She was born prematurely along with her twin sister. And as a result, she has an auditory processing disorder and articulation concerns, but that did not stop her from becoming an amazing poet. Specifically, Amanda had trouble pronouncing some letters especially r’s. She has also written three books. On top of all of this, she also is a cum lade graduate of Harvard University.  Gorman is also the founder of a non-profit organization that helps to eliminate inequality through education.

FUN FACT: Amanda Gorman plans to run for president as soon as she is old enough (2036). She is already working on a social media strategy and hashtags for her campaign.
Katherine Johnson

Katherine Johnson was an incredibly amazing woman. She was featured in the film “Hidden Figures”. “Hidden Figures” tells the story of Katherine Johnson, Dorothy Vaughan, and Mary Jackson in NASA.  Johnson was an American mathematician at NASA whose works were significant to the first crewed US space flight. Another one of Katherine’s most well-known calculations were for the trajectory for Apollo 7 to go to the moon and return safely. She coauthored twenty-six reports in her career, her first in 1960 along with an engineer. This report in 1960 marked the first time that someone in her division received credit for their work in a paper. Johnson was also one of the first African Americans to enroll at West Virginia University’s mathematics degree.

FUN FACT: She graduated college at the age of 18 at West Virginia State University.
Rosa Parks

Rosa Parks is a very well known-woman, she was an important figure in helping initiate the civil rights movement in the United States. She is famously known for the “incident” in the bus when she refused to give up her seat in the bus for a white person. All the designated “white” seats were taken so the bus driver said that the man could sit in the front row of the “colored” section and 3 of the people in that row agreed but Rosa Parks refused and as a result was arrested and placed into custody. After the arrest, Rosa Parks was placed on bail. That evening E.D. Nixon was there when she was placed on bail. On the day of her trial, the famous Montgomery Bus Boycott took place. She also received the congressional gold medal.FUN FACT: Rosa Parks was the first woman to lie in honor at the US capital after she passed away.
Simon Biles

Simone Biles has more recently become well known due to her incredible gymnastic ability. She is the 3rd most decorated gymnast in the world. She has won 30 olympic medals and four gold medals in the olympics in Rio de Janeiro. She is also the first woman in the world to win three consecutive all around titles. Simone Biles has also written a book. Additionally, she also has had four gymnastics moves named after her: one on vault, one on balance beam, and two on floor.

FUN FACT: She was the shortest out of all 555 US Olympic athletes in the Rio Olympics.
Ruth Bader Ginsburg

Ruth Bader Ginsburg was only the second women to even sit on the Supreme Court. She served for 20+ years. Even before she was on the Supreme Court she was a strong advocate for women’s rights. She co-founded the women’s rights program at ACLU as a lawyer. Ruth Bader Ginsburg was a huge advocate for the equal credit opportunity act which enabled women to have many more rights. Many of the cases that she was an advocate for has major effects on society today. There are also many books written about Ruth for her accomplishments. Additionally, she was also was the first woman to lie in state.

FUN FACT: Ruth is actually not her name. Her actual name is Joan but when she went to school there were a lot of people named Joan so to avoid confusion people called her Ruth.
Michelle Obama

Michelle Obama is the former first lady of the United States. When she was the first lady of the United states she was very involved in many different causes. She was a role model for women and advocated for poverty awareness, education, nutrition, and physical activity. Michelle Obama also launched an initiative with former president Obama to help girls around the world go to school and stay in school. She also supported many different American designers and was a fashion icon in that sense.

FUN FACT: Michelle Obama refused to date Barak Obama until he played a basketball game with he brother and once her brother said that he was good she agreed.
Kamala Harris