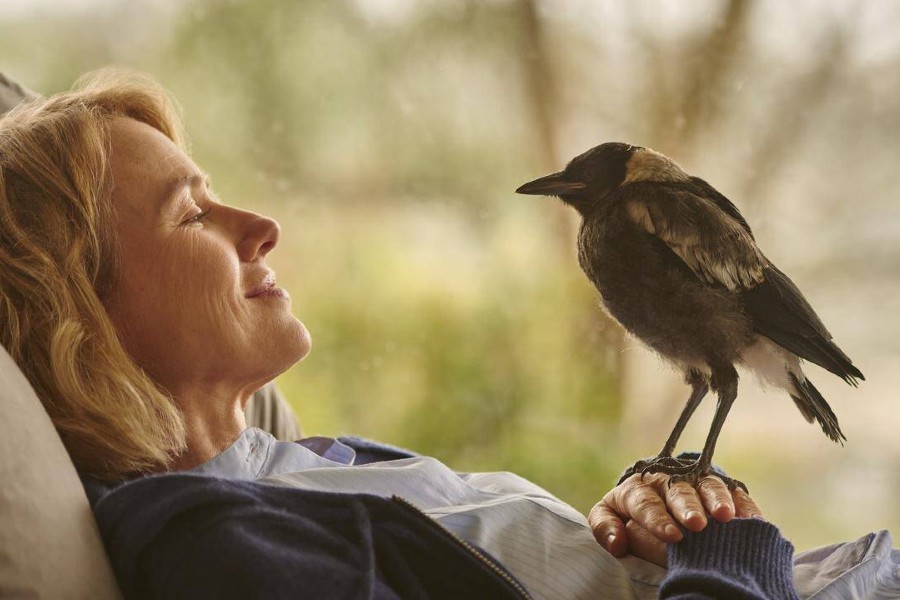 Penguin Bloom, based on a true story, details the story of how magpie Penguin incites the recovery of the Blooms from Cameron Bloom's tragic accident.

For most parents, nursing a wounded animal back to health at the request of their children isn’t a common occurrence. It’s not every day that a magpie is able to brighten the lives of an entire family, like in the Netflix original ‘Penguin Bloom’, and even if it does happen, it becomes a page in the scrapbook meant to be kept as a fleeting memory.

After mother Sam (Naomi Watts) becomes paralyzed from the waist down as the result of a tragic accident, the entire family struggles to adjust to this new reality. Sam deals with feelings of worthlessness and father Cameron (Andrew Lincoln) struggles to take care of sons Noah, Rueben (Felix Cameron), and Oli (Abe Clifford-Barr). Tensions between Sam and Cameron only seem to be escalating, and the family desperately needs an intervention.

While playing on the beach, Noah discovers a magpie with a broken wing. He names her Penguin and begs Sam and Cameron to let them take care of her. Reluctantly, Sam concedes, and thus begins their road to recovery.

I have to give credit where credit is due. Sam Chiplin’s cinematography is the most breathtaking aspect of this film. Sam’s agony over her identity, causing her to smash photo frames of her past self, is a perfect representation of how conflict should be filmed. Chiplin employs a perfect mélange of close-ups on Sam’s face and Penguin, juxtaposed by long shots of Sam surrounded by the broken glass.

On the other hand, when Penguin jumps out of the Blooms’ nest for her and decides to explore the house, the cinematography is not just a chaotic montage of Penguin breaking everything in the house. Sam’s anxiety is portrayed as Penguin continually escapes from her grasp, while the panning back and forth from Sam to Penguin lends a feeling of playfulness to the chase.

Additionally, the performances of Watts and Murray-Johnston are not to be overlooked. Watts brings out the entire range of emotions that Sam experiences, from her initial, continual frustration about her helplessness at times to her later feelings of content as she rediscovers her purpose. Murray-Johnston is able to portray the quieter moments of Noah, from his observations of Cameron’s pain to blaming himself for Sam’s accident.

However, the story is formulaic in its own right. As each new conflict is introduced, the previous conflict is abandoned, and it doesn’t feel like the movie lingered long enough on the impact of everyone’s previous actions. The only character storyline that is focused on is Sam’s recovery, but even then, there are not enough scenes depicting her internal struggles. The first few scenes are able to accomplish the quiet moments that she experiences when fighting her inner demons, but this conflict is resolved too quickly in order to latch onto the feeling of hope that is essential to the resolution.

Part of this problem can be blamed on the introduction of Penguin. While I appreciate that Penguin is not depicted as an over-the-top savior that the family needs to save themselves from a major cataclysm, the funky middle ground between the focus on family dynamics and the focus on the family’s dynamic with Penguin lead to neither narrative being fully satisfied. Ultimately, the events leading up to the resolution feel rushed, and there are few memorable moments that linger with the viewer after the movie has ended.

Noah’s narration is the biggest let-down. While I am biased in saying that I despise narration more often than not, the narration undermines the entire purpose of this film. Director Glendyn Ivin should not have started with Noah explaining their family history and Sam’s accident; in fact, the shots depicting how Sam sustained her injuries were not necessary at all. The main focus of this film is on the recovery of the family through intimate moments that they share not only with Penguin, but also with each other. Therefore, the narration makes ‘Penguin Bloom’ feel like “just another inspirational movie about perseverance,” despite holding so much more potential.

Albeit Chiplin and Watts are not able to make up for the lack of nuance in certain scenes, ‘Penguin Bloom’ deserves a spot alongside moving family tales such as ‘The Pursuit of Happyness’. I recommend this movie to anyone who is looking for a feel-good movie about rediscovering the beauty in love and life.