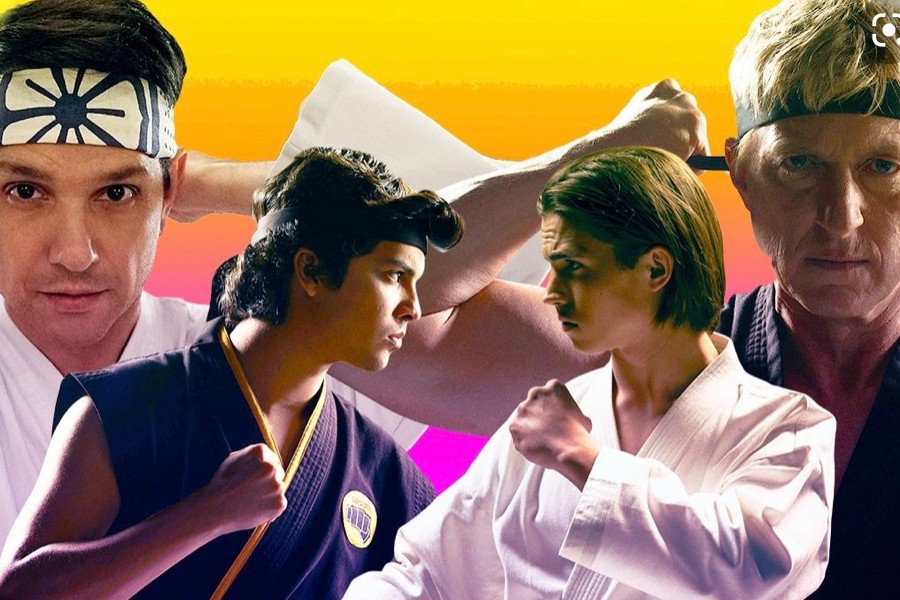 The feud continues between LaRusso and Johnny.

The Netflix series Cobra Kai, based off of the Karate Kid, movies is a must-watch for people of most ages. Season one was released on May 2, 2018. Now, the series has just released its third season adding up to a total of thirty episodes across all seasons.

Cobra Kai takes place in California. One of the aspects of this movie that is very unique is that many actors from Karate Kid are in Cobra Kai. The actors that were high school students in Karate Kid are now much older with kids of their own that are in high school.

Daniel LaRusso (Played by Ralph Macchio) and Johnny Lawrence (Played by William Zabka) now both have their own karate dojos, and they are arch-rivals. Not only has this feud continued between them, but it has spread to the karate students as well. The innocent kids that were true to themselves are turning themselves into completely new people just because of the rivalry. At times, certain scenes can be a bit unrealistic to say the least, but the show as a whole is very enticing.

Another unique aspect of the series is, the plot is reversed, in a way, compared to Karate Kid. In Karate Kid, Daniel LaRusso was the main character and the one that the audience loved, while Johnny was the bully and nobody was a fan of him.

In Cobra Kai, Johnny is the main character. He is still the same person he was back in high school, but he is more beloved in Cobra Kai. It is mainly because of his humor and evolving personality that many people who are fans of the show find entertaining. In Cobra Kai, LaRusso is now very rich and a bit childish, which causes him to be looked at in a different light. He isn’t considered the antagonist by any means, but he is also not the hero he was in Karate Kid. I believe this is one of the decisions that helped take Cobra Kai over the top.

The most noticeable weakness of Cobra Kai is that some scenes are very far-fetched. Even though it is a fiction series, many of the episodes are a bit unrealistic and even childish at times. I sometimes found myself laughing at the sight of a group of high schoolers having a full-on karate battle in the middle of the school cafeteria.

Cobra Kai does include it’s fair share of explicit language and violence, which is the main reason for it being rated TV-14. My favorite thing about the show is the comedic aspect of it. There are many times where the show has had me in hysterics. For all appropriate ages, it is a very entertaining series and I highly recommend watching it, especially if you have watched Karate Kid and enjoy lots of drama/comedy.