‘Wonder Woman 1984’ is a thrilling must-watch 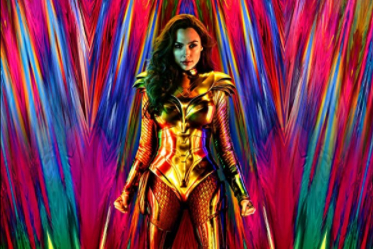 Wonder Woman 1984 is the sequel to Wonder Woman that everyone was looking forward to, and the movie certainly lives up to the expectations. This adventure/action movie was released on December 25 on HBO Max and in theaters.

The storyline of the movie follows Diana Prince(played by Gal Gadot), who turns into Wonder Woman whenever she helps the world. This movie is a sequel to the movie Wonder Woman, released in June 2017.

After the first few scenes about young Diana (played by Lilly Aspell), the movie starts out with Wonder Woman stopping a mall robbery with her fighting skills and her Lasso of Truth. Later, she starts her day at the Smithsonian Museum, where she works as an archaeologist. The viewers are introduced to Barbara Ann Minerva (played by Kristen Wiig), a new employee at the museum.

When the bank robbery is more closely investigated, it is found that the bank was an illegal black market, selling gold and other valuables. An unidentified stone is brought for Barbara who identifies it as some cheap stone. However, Diana takes an interest in this stone because it was supposed to be sold to Maxwell Lord, an oil tycoon who is extremely greedy and wants more power. Later, the stone is identified as the “Dreamstone”, which can grant wishes, with a catch. The Dreamstone can grant wishes, but the wish will have bad effects. Maxwell Lord takes this stone and uses it for his own purposes, and the rest of the movie revolves around getting the stone back and stopping the chaos that ensued.

The graphics and the camera angles for the first scene are exceptional, and really suck you into the movie. For example, the first couple of scenes show a breathtaking waterfall in vivid color. Another example is the grand arena, where women warriors are doing amazing feats, such as backflipping off of an extremely high ledge. The camera twists and turns as it works its way through the whole area, giving the viewers a cool experience of seeing the area from different angles.

The first part of the race was running to reach an obstacle course where they had to numerous things to get to the other end. The participants were pushing each other off and trying the get into the lead. Diana gets ahead and jumps off of a very high ledge to go into the water because the next part of the race was swimming. As she was falling down, the camera shows her slicing into the depths, and even goes underwater to show her swimming.  After reaching the shore, she mounts a horse, gets a bow, and starts shooting the targets along the path. The camera shows the whole race from different sides and angles and moves along with Diana running on the horse. This makes the viewers really seem like they are following Diana as she runs through the thrilling race.

The whole race was very well done with interesting camera angles. The camera shows what is going on from many different points of view, such as a high-up angle, or from down low, or from the side. The camera work for this scene is beautiful, which made me feel like I was actually there, watching the race.

Steve Trevor, Diana’s boyfriend (played by Chris Pine) shows up, even though he died in the last movie, and he came back because Diana wished him to come back with the Dreamstone. Instead of just coming back in his original body, Steve’s soul shows up in a random stranger’s body, which means that Steve possessed this body. This was not explained well in the movie, because I had to watch the scenes a couple of times to figure out what happened with Steve Trevor.

Diana renounces her wish in the climax of the movie, having the man that Steve Trevor’s soul possessed wake up amidst chaos and not knowing what is going on. She renounces her wish because it was sapping away her powers, and she needed to be at full strength to save the world.

I think this movie could be improved greatly if the ethical issues concerning Steve were resolved because I lost interest after I found out that Steve was possessing someone else’s body. Furthermore, the audio could be improved. In certain parts of the movie, such as when Diana and Steve are in an airplane going through fireworks, the background music and the sounds of the fireworks were so loud that I could not really hear what the actors were saying. In addition, them speaking a lot quieter did not really help the situation. Even though the dialogue was not too important to the plot of the movie, I still would have liked to hear what they were talking about.

Overall, this movie’s storyline is alright and the general plot makes sense, but there are some ethical issues with this movie plot and some confusion. However, this movie is still a great movie to watch, and it lives up to the hype. I highly recommend this movie to anyone who loves action and an interesting storyline, fans of Wonder Woman, or strong female leads in general. If you are someone who enjoys any DC or Marvel movies, this movie is a great adventure.