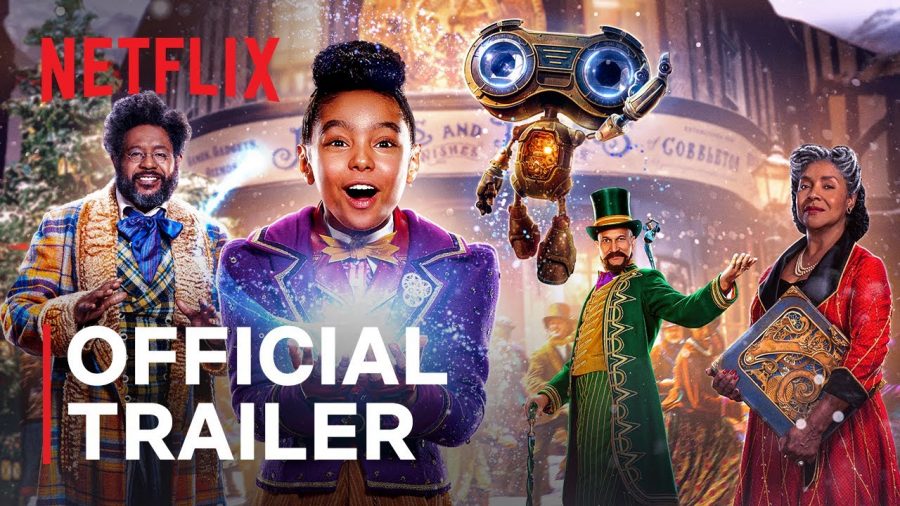 Imagine sitting through a two-hour-long movie consisting of a billion characters breaking into a song every five minutes. Boring, huh?

Released on November 6th, Jingle Jangle: A Christmas Journey is a movie to watch if you want to take a nap rather than celebrate the festive season.

Directed by David E. Talbert, the movie starts off with an old woman telling her two grandchildren a Christmas story set in the picturesque, jubilant town of Cobbleton. The story is about a gifted toymaker, Jeronicus Jangle (Forest Whitaker), who loses his career after his unfaithful apprentice, Gustafson (Keegan‑Michael Key), steals Jangle’s book of inventions. The betrayal of Gustafson and the loss of years’ worth of work leave Jangle hopeless. The death of his wife further pushes Jangle into depression. The movie follows Jangle’s journey, transforming sorrow into joy as his granddaughter, Journey (Madalen Mills), teaches him the magic of perseverance.

The first twenty minutes of the movie is actually very enjoyable to watch; it successfully conveyed Christmas feelings of comfort and excitement through zestful, dancing town residents, Broadway-like songs, and eye-catching magical sets. The all-Black cast was also refreshing to see in a movie genre that tends to have little to no BIPOC representation.

With that being said, the movie was a bore after the first thirty minutes. After doing some research, I found out that the director had not originally planned on making the story a movie. Rather, Talbert planned on having the story presented as a musical, which I think would’ve been a better option compared to the poorly-executed film. It was very clear that the movie was written with the intention of being a theatrical production. With meaningless songs every five minutes to the awkward scene transitions, it was almost unbearable to sit through the two-hour-long movie. Even my sister (who loves the most questionable movies) wanted to fast-forward through the innumerable songs.

In addition to the intolerable structure of the movie, the story-telling was mediocre at best. There were many points of the movie where it felt like scenes were forced into the script to add some lovable depth to an otherwise selfish protagonist. It was very irritating to sit through awkward scenes that were given an unnecessary amount of detail compared to the major plot points that were briefly touched upon.

As for the story itself, there was an overwhelming amount of side-characters who I felt like were added last minute to the plot in order to add a little bit of comedy (side note: I cringed throughout the forced, “comedic” scenes). Furthermore, like every other Christmas movie, I felt like I was watching an altered version of the Christmas Carol, which was disappointing as I was expecting something a little more unique.

Overall, if you are looking for a boring, virtual alternative to musicals and want to get irritated by the tedious plot points, I would suggest watching Jingle Jangle: A Christmas Journey. On the other hand, if you are searching for an enjoyable Christmas movie, you might want to find a different film such as Home Alone and Elf.