The memorable storytelling of ‘always’ will stay B. Y. S. for a long time 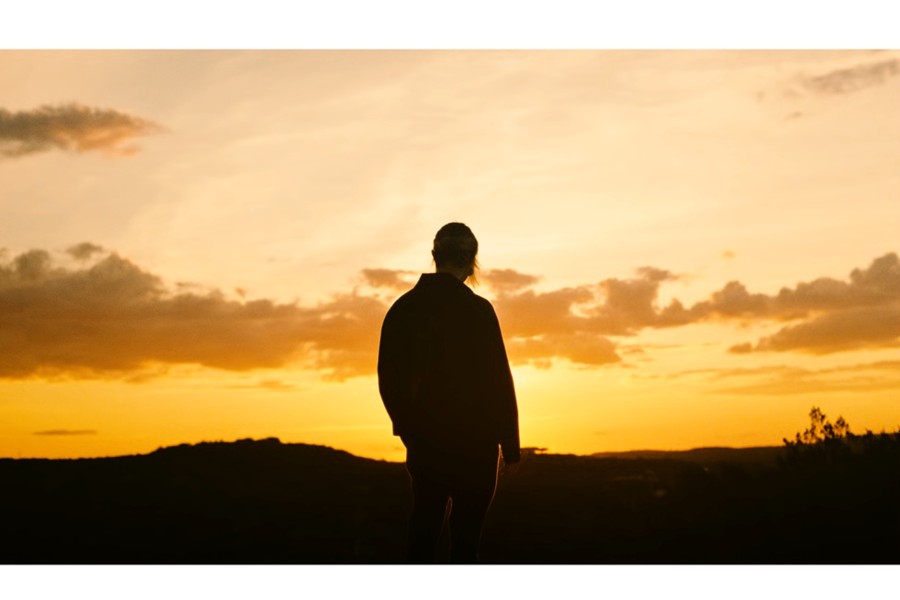 The EP cover for 'always,' which draws parallels to the covers of keshi's previous EPs, 'bandaids' and 'skeletons'.

That is the number of Google search results that appear when I type “pop music is getting more repetitive” into the search bar. Everything from impassioned articles and video essays to data-driven algorithms seek to examine why this phenomenon exists.

In spite of washed-up stories about heartbreak and overused lyrics in the music industry, always is proof that well-constructed harmonies and intentional lyricism adds depth to otherwise mundane breakup songs.

26-year-old Houston-based singer-songwriter Casey Luong, better known as keshi, began publishing songs on Soundcloud three years ago, with hits such as If You’re Not the One for Me, Who Is? propelling him to fame.

Since then, keshi has signed with Island Records and released four extended plays (EPs). always, released on October 23, is his fourth EP and the final in his EP trilogy, preceded by skeletons and bandaids.

“B. Y. S.” is the star of always. Detailing a story of one-sided love, keshi describes what it feels like to be “by your side”—what it feels like to stay by the side of your loved interest, even if they can’t do the same for you. A strong snare influence on the beat and choice of minor chords serve to make the song memorable.

The music video also helps to develop a deeper appreciation for the lyrics. On a surface level, it seems out of place. The upbeat tone of the music contrasts the rather alarming scene of an armed bank heist involving keshi and three other accomplices. The story soon unfolds to show the betrayal of one accomplice, who murders keshi and the others and runs off with the money.

However, the signs were all there from the beginning. The video starts off with the aftermath of this betrayal, blood and dollar bills strewn on the floor, and throughout the video, the betrayer is seen acting suspiciously.

Alas, the betrayer represents the one-sided love described in the song. keshi sings, “Baby, go make up your mind” and talks about staying by his love interest’s side in spite of their indecisiveness. Similar to the music video, he also acknowledges that the red flags were there from the beginning, singing, “Know better but I pay no mind”. Ultimately, his ignorance leads to his death, or extreme heartbreak, which cuts deeper than if he had stayed away from the beginning.

What stands out most about keshi’s artistry, however, are the subtleties in his harmonies and choice of instrumentation that add to his storytelling. By incorporating new means of accompaniment behind the lo-fi-esque guitar and vocal backing, he adds a new layer of depth to seemingly simplistic lyrics.

While B.Y.S. had many elements of mainstream pop, he adds a more “alternative pop” feeling to his lo-fi roots with “talk”. “talk” attaches the dream-like quality of his falsetto and fast-paced beats to reverb and chords characteristic of rock in order to mount tension.

keshi also highlights the fact that elements of “talk” are experimental and wider in breadth in terms of his usage of music production effects.

“It’s so different from what I’ve made in the past. The production is the most varied from the EP, with the grand piano, electric guitar, garage-esque beat, cinematic percs, vocal chops, everything was just so much fun to throw in,” keshi wrote on digital media site Genius.

Similarly, “us” starts out using only piano to paint a somber ballad reflecting on what went wrong in the relationship. Slowly, during the pre-chorus, it lays on the combination viola-percussion-vocal harmony with the pre-chorus in order to mount tension. “Maybe we’ve been a little too caught up / With things that don’t matter as much as we thought,” keshi speculates.

Then, because the listener expects a release of tension and a climax at the chorus, they are caught off guard when the harmonies die down, and the music goes back to just the melody and the piano. In doing so, keshi creates a feeling of acceptance about the end of this relationship. Both parties construct hypotheticals of what could have prevented the breakup, but ultimately feel that there’s nothing they can do about it, as keshi sings, “Tell me now / Was that the sound of us?”.

Although I disliked how plain “us” sounded when I first listened to it, I realized that I was expecting the typical gut-wrenching cries of pain that come with the end of relationships. However, “us” is a peaceful reminiscence of a past relationship, rather than the painful aftermath of it, which is precisely what gives it beauty.

If “us” is the acceptance of a relationship ending, “more” is the last thread of hope before the breakup. While keshi’s love interest wants “more” because keshi is “not enough”, keshi sings, “Baby come home / I want us”. What’s beautiful about “more” is how he takes more risks in emphasizing dynamic contrast and guitar strumming to build tension and set the tone.

However, I would have liked more emotionally-charged lyrics and harmonies towards the end. The tension built by the soft vocal harmonies is lost to a beat backing that worked during the first few choruses, but fails to leave an emotional impact in the latter verses of the song. In this case, the similar feeling of nonchalance leading to acceptance in “us” does not work well. I was left feeling as though keshi did not actually feel the pain of his love interest wanting “more”, and that he was content with the situation.

“always” also relies on the beat too much with little change to it. Although the chord progression from I to II allows for interesting vocal harmonies and the beat offers a steady backing, it almost retracts from the vocals and harmonies. It stays stagnant while everything else is constantly changing, which restricts the song to solely a mellow recollection of the past.

The only song that greatly benefits from a beat backing is “drunk”. The beat serves to keep the song moving along, and accompanied by gentle acoustic guitar strumming, the drunkenness of the narrator is represented. There is a complete lack of tension as keshi sings, “I’m stumbling back to bed all by myself / Don’t need nobody else”. In the bridge, the gentleness of the falsetto and greater melodic variation bring the song to a gentle end, without making the lyrics repetitive.

Throughout this album, namely in “always”, I was hoping for some more drastic musical contrast between the different elements of the songs. However, that has yet to appear in keshi’s music.

Ultimately, keshi’s strive for originality and willingness to experiment with different musical styles is what makes him special as an artist and what will continue to add to his artistry.

“I’m really not trying to appease to any certain party or group of people. I think that when someone is a fan of an artist, what it means is that they trust their judgment in what kind of art that they want to make, and as long as it’s authentic, I think that’s what’s really important. I just want to make beautiful music,” keshi said in a 2019 interview with Radio Heatwave.

If you liked this album as a whole, I recommend listening to bandaids, which has a similar quality of fusing together lo-fi beats with pop vocals and intricate harmonies. If you’ve never been formally introduced to keshi, then I suggest checking out some of his earlier music as well, namely “2 soon”, “If You’re Not the One for Me, Who Is?”, and “Onoffonoff”.