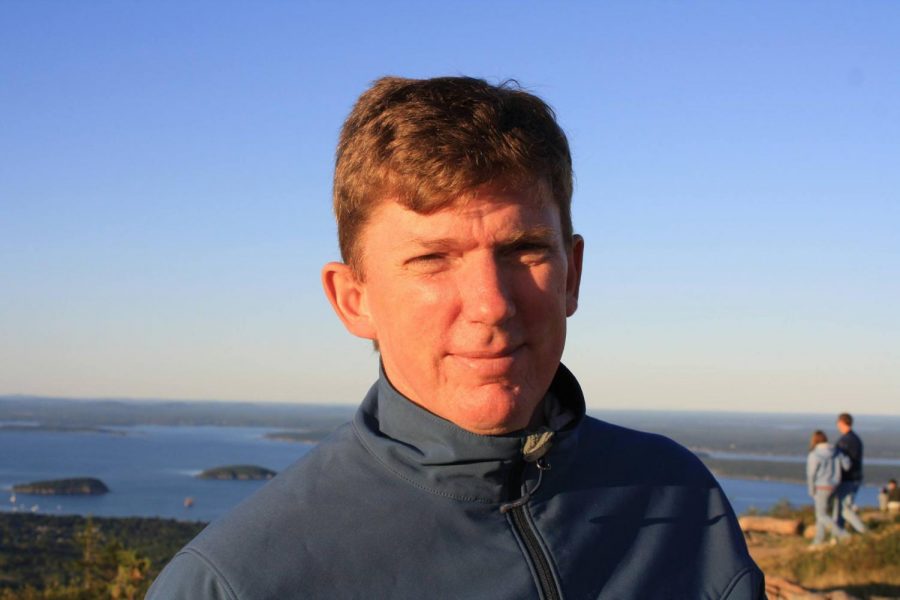 New history teacher, David Watts is ready to start his year at Westford Academy. Watts has taught in many schools throughout Massachusetts. After changing career paths to work as a real estate agent, Watts is ready to get back into teaching, He brings an accomplished resume filled with over 25 years of experience.

Q: Where did you grow up?

Q: What sports did you play in high school?

A: I was a catcher, a first basemen and I played soccer.  I always wanted to be a forward but I was never fast enough.  I wrestled sometimes and one of my kids became pretty good at it so.  I picked up on martial arts a little bit too when I worked in a factory.  This guy was always doing these things by his machine and at break when everyone was eating and smoking cigarettes he would just be doing all these things.  I asked him what he was doing but for the longest time he wouldn’t tell me.  But eventually he budged and told me it was a form of martial arts called Tai Chi.

Q: Have you taught before? If so, where did you teach?

A: I taught at Lexington Christian Academy for 20 years.  Then, I taught at a place called The Mystic Valley Regional Charter School, in Malden, and I was the history department chair there for 4 years.  Then, I had a short-term teaching job at The River School in Weston.

Q: What made you want to teach at WA?

A: I have three nieces and nephews who went to school here, and it has a good reputation.  It was funny; my sister-in-law got her haircut from Mr. Antonelli’s wife and heard that they needed some teachers.  I worked real estate for a bit, but I missed teaching so I sent them my resume.

Q: Do you enjoy working at WA so far?

A: Yes, the culture here is very pleasant and the students are nice to be around.  I’ve taught at schools where there are fights, and it just becomes fun to deal with.  Here, people say thank you after lessons and just are pleasant to teach.  Also, over here, many more students want to go to college, and they have a real interest, so it’s just different in that regard.

Q: Have you faced any challenges while teaching this year?

A: It’s hard to just stand still in front of the classroom and not be able to move around.  It’s hard handing out quizzes and tests because of the people online, and you never know who’s looking up stuff on the computer.  So, this year, I think teachers are doing a lot more writing instead.

Q: Is hybrid learning easier or harder for kids?

A: I wasn’t part of it last year but some students have told me that it’s not perfect, but they get a lot more out of it than they did last spring.  I do think it is helpful for older students in the sense that you may have a class at 8 AM and then not have another one until 1.  Educationally it is sort of harder but I do think it is good training for the future.  You could manage your time well or you could be drinking coffee and playing video games.  [What’s]  hard for a lot of people when they go to college is to stay organized because you have more time.

Q: What are your favorite things to do outside of school?

A: I teach rock climbing at Metro Rock in Everett and run the outdoor program in the summer.  I also teach Tai Chi, and have done martial arts for a period of time, and I used to teach Wrestling.  I love reading and I’m a pretty good cook too.