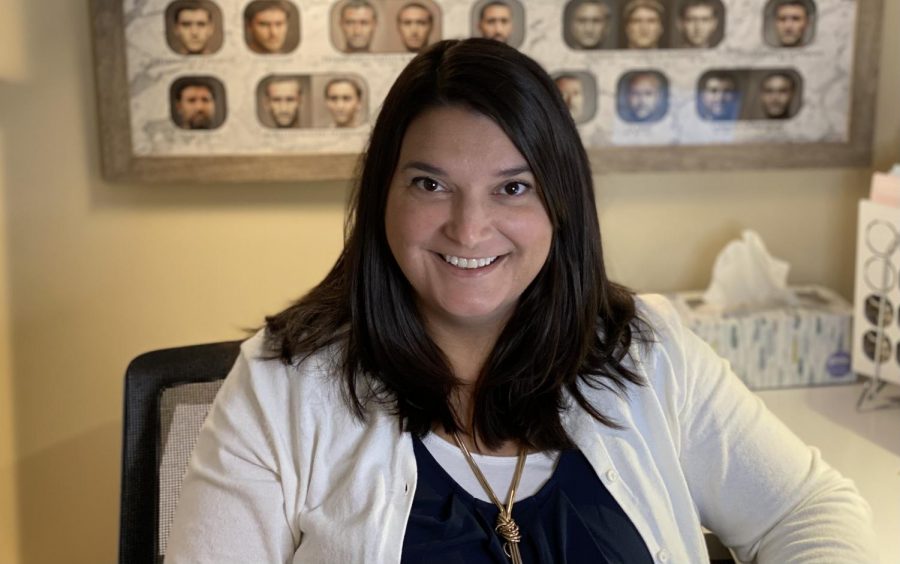 Kori Pasternak is Westford Academy’s newest edition to the Latin department. She looks forward to a wonderful year, despite challenges with the pandemic.

Q: How do you enjoy teaching a world language?

A: I love it. The department’s great. All of the other teachers are really welcoming, I’ve always felt really at home in a group of language teachers. I love Westford Academy. It is a school that really kind of prioritizes foreign language. So, that’s wonderful.

Q; Have you always been involved in world languages, or have you had different paths that you have thought about?

A: I’ve always been really interested in languages. I’ve never been very good with spoken languages, so that’s why I’ve always kind of ended up learning languages that aren’t commonly spoken anymore. I studied ancient Greek and Latin. I really wish that I was a little bit better at modern languages, but I do feel that ancient languages do help with communication in a lot of ways and they’ve really built a good foundation for understanding modern languages as well […]. I also studied archaeology as an undergrad and a graduate student. My program actually required that we take a lot of languages. […] But, when I went back to graduate school, I was like ‘Oh my gosh, I’m really glad I took all of those languages, they really came in handy.’

Q: What made you take the language path instead of the archaeology path?

A: It was definitely something that was really slow. As an undergrad, it was such a big part of the program. I got to go abroad and work on archaeological projects all over. I worked in Greece, and Albania, and Sicily. It also took me away from home for extended periods of time in the summer. When I was ready to settle down, I thought, you know, I don’t know if archaeology is something that I really want to do if I want to have a family. I started to think of options, career-wise, and one thing I’ve always loved is languages, but I also knew that a good teacher could make a big difference. I always wanted to be a teacher who could inspire students to go explore the ancient world like I did.

Q: Do you have a family?

A: Yes, I do. I have two kids; my son just turned ten and my daughter just turned eight. We are doing remote learning so that is very challenging.

Q: Why did you choose to teach at WA?

A: I’ve always admired the language program at WA. I taught at AMSA [Advanced Math and Science Academy Charter School] out in Marlborough for several years, and then I moved to Concord. I was teaching at the high school for a year and the middle school for three years. I live in Lowell, and I’ve always been like, “it would be so great if I could be a little closer to home”. But, my real priority was just knowing how much Westford really respected the languages. There are not many schools that really invest in languages the way Westford Academy does. I was really thrilled when I found out the program was saved. That was something I had heard about as a neighbor in Lowell. When I heard, I was thrilled knowing that not only the district supports language, but also the community members do as well. It’s great being a part of a community that values Latin. […] I really enjoy teaching at Westford Academy. Especially during such a nutty time, everybody has been so patient.  It’s hard switching schools, but throw in the hybrid schedule, and it can be a little intimidating. But, the best thing is having students and colleagues who are supportive and patient.

Q: Are you involved in any clubs at WA?

A: Yeah, I’m hoping to. We are hoping to get the Latin club started. […] I will be sponsoring the Latin club. So, hopefully, we can get that started. I heard the clubs here are good. I think it’ll be great.

Q: What notable experiences shaped the way you teach?

A: I really think back to how I was a student and I kind of put myself in my students’ shoes a lot. Anytime I can tell that there is something holding a student back or is uncomfortable with the material, I try to find a way to approach it that makes it accessible. Every year, I think of new ways to teach or I add to my repertoire. I wasn’t the most outgoing student, I was a little bit more introverted. I try to think about that when I’m teaching, I don’t like putting students on the spot very much. Those are things that I think really shape me as a teacher.

Q: Outside of teaching, do you also have any other passions?

A: Yeah, I do. I really love to bake and so I spend a lot of time baking, trying to experiment with bread baking which was really fun. I made my first challah, not to brag, but it turned out to be a pretty good challah. Another thing I love is going to the museums. Right now, it’s been kind of tricky. But the Museum of Fine Art just opened. We got in on the opening weekend to do a member’s preview. It was so great to be back in an art gallery. That’s one of my happy places.

Q: How has the pandemic affected your teaching?

A: I’ve definitely had to reimagine a lot of things. It is not as straightforward as it used to be.  I’ve been using a lot more technology that I haven’t used in the past. PearDeck has been my go-to, I don’t know what I would do without PearDeck. […]Having interactive slides for students to stay engaged with has really helped. I’m trying to find ways that everybody is equally engaged. But, also it is hard because you don’t want students to always be on a screen. It’s definitely a balancing act and I’m still trying to figure it out.

Q: What do you think shapes you generally as a person?

A: Well, I think I would say that I stay pretty in tune with current events things like that. I always want to be an example to my students and to my children that I can be proud of. That’s kind of what I always think about, is what kind of people do I want my students to grow up to be? What kind of people do I want my children to grow up to be? And I try to embody that. I try to be fair. I try to be reasonable and understanding, and that’s what I hope everyone grows up to be as well.