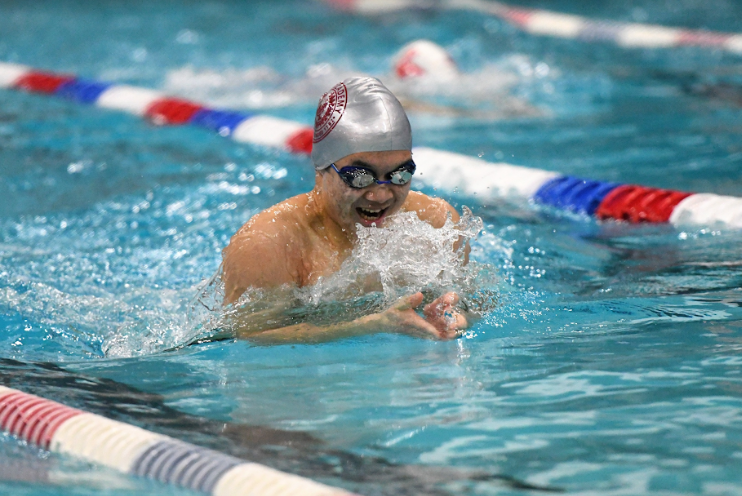 Bryce Fan considers swimming to be a passion, having been competing for eight years now. Fan has been a member of the Westford Academy swim team all four years of his high school and the captain for two of them. In addition to swimming for WA, he swims at the United Swim Club.

Fan will be attending the University of Rochester in New York and competing on their swim team for the next four years. He chose this school for its array of engaging classes, lively student community, and a welcoming swim program. Fan is majoring in molecular genetics and intends to pursue a career in genetic engineering. For Fan, swimming has been an exetremely important aspect of his life for so long and he has worked hard to improve his skills.

“Swimming has been such a central part of my life for so long. I definitely rely on it to structure my days and manage my time effectively,” Fan said.

Fan specializes in breaststroke and freestyle sprint events. His current MA swim rank is 38th and is a two-time finalist at the Eastern Zone Age Group Championships. He placed fourth in the 100 Breast and sixth in the 200 Breast. As for state championships, he has been successful too. As a junior, he placed tenth in the 100 breaststrokes and fifteenth in the 50 free, as well as being apart of strong relay teams. This was after a strong finish in the Dual County League meet and the North Sectionals. His performance in his junior year earned him the Outstanding Performer Award. Rounding up his senior year, Fan finished fifth in both the 100 Breast and 50 freestyle in the MIAA Division I Championship.

Fan credits his teammates for helping him get to where he is today.

“I am also thankful for the cohesive, motivating group of friends this sport has given me,” Fan said