By now, individuals, families, communities, and countries have realized the severity of the coronavirus, a pandemic plaguing the world as a highly contagious disease. Spreading rapidly, the coronavirus has caused many countries to push their citizens to commit to a social distancing lifestyle to avoid further spreading the disease. Here in Westford, schools have been shut down for a week, with still two more weeks to go, from what we currently know. To pass the time at home, one way to stay entertained and safe is indulging in a new television series to keep your mind off of being stuck at home. This is a well-rounded list of Netflix shows to binge-watch while on break. 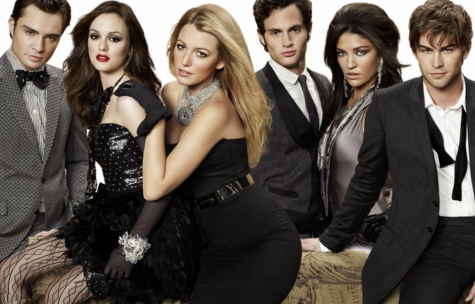 As a cult-classic, Gossip Girl has intrigued viewers for years with its neverending drama and interesting look into the upscale lives of Manhattan’s teenagers. Going deep into character development, Gossip Girl projects each character with flaws and positive attributes that will have viewers deeply hating, loving, rooting, and relating to every character. Set in New York, Gossip Girl follows the lives of five characters and the truths of living in a high-scale society in which the world watches their every move. I highly recommend this show to anyone looking for binge-worthy, highly-dramatized entertainment. 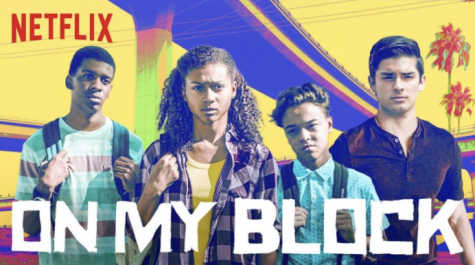 Netflix
On My Block poster showcases the starring actress and actors.

This coming-of-age comedy-drama, set in southern Los Angeles, follows four high school students as they navigate all the experiences that come with high school, including love, pain, gang violence, and adolescence. However, despite their strong bonds, Monse (Sierra Capri), Rubi (Jason Genao), Cesar (Diego Tinoco), and Jamal (Brett Gray) test their friendship as they attempt to find their places in their community, as well as the world. Catering to youth, On My Block carries an overall light tone, making it an easy, carefree watch that rarely gets heavy. Exhibiting the power of strong friendships and never-dying drive, On My Block is one of the best shows offered on Netflix. 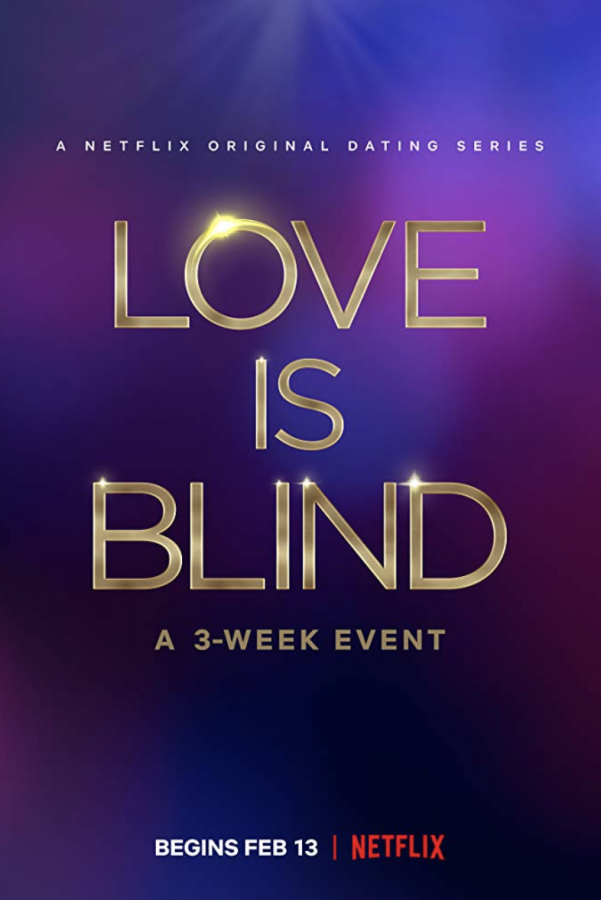 On a separate note from the previous two television shows, Love is Blind is a reality show designed in a similar format to a lot of experimental dating shows. Having the average plot of a romantic set-up, Love is Blind takes reality dating television to the next level by making it so that the boy and girl pairings never actually meet face-to-face, relying on the emotional connection of the contestants rather than appearances. By only talking through “pods” where they can not see each other, the interactions between the pairings are as entertaining as cringe-worthy, everything viewers would expect from this type of television show. Contestants are eliminated off the show as they decide whether or not they want to start longer relationships with certain contestants. However, it turns into a regular dating show once the pairings meet a couple of weeks before their weddings. Overall, Love is Blind is a guilty pleasure just like shows such as The Bachelor, adding an extra element on top of the regular addictive reality show. 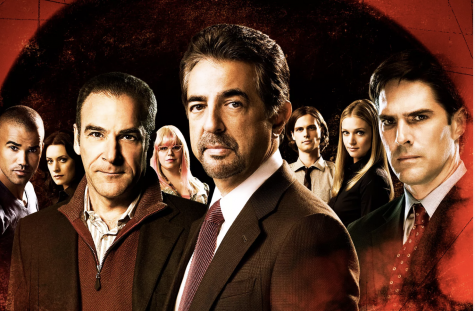 CBS
The detective team of Criminal Minds reflects intelligence in the show’s poster.

There is a fair share of detective shows on Netflix, but none of them measure up to the brilliance of Criminal Minds. Criminal Minds offers viewers an interesting, dynamic team that can conquer any challenges that they are faced with. Working as the FBI, the team’s analysis of each situation intrigues viewers, captivating with crazy, deep theories that make each episode unique. This detective show truly keeps viewers excited, even with fifteen seasons, since every episode has a different storyline and amount of drama. Viewers easily connect with the characters and go through emotional roller coasters as the team is often faced with life-and-death situations. Criminal Minds is a great television show for people looking for suspense and analytical puzzles. 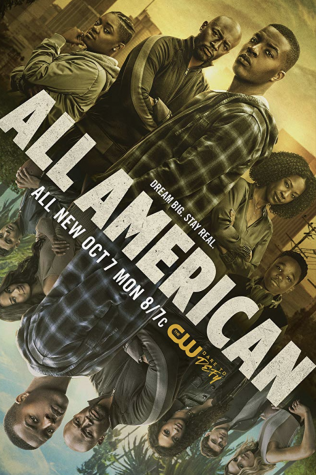 IMBd
All American poster reveals the intrigue in the show.

As a coming-of-age drama, All American captures audiences by perfectly portraying the struggle that gifted football player and teenager Spencer James (Daniel Ezra) faces when he has to learn how to manage two worlds, his southside home and his new opportunity in Beverly Hills. This series hooks audiences as James quickly becomes a character to root for as he delves into a journey of self-discovery. Along with protagonist James, the show provides interesting character development with coach Bill Baker (Taye Diggs), the man who recruits James to play football at a Beverly Hills high school. Baker adds riveting mystery detail to the storyline since viewers will be on the edge of their seats in hopes of figuring out all the secrets Baker has been keeping from his family and James. Aside from Baker and James, All American boasts many other interesting characters that keep the show fast-paced, suspenseful, and intense. With phenomenal acting, interesting plot twists, and a thrilling storyline, All American not only teaches audiences lessons about gratitude and tenacity but provides entertainment in every episode. 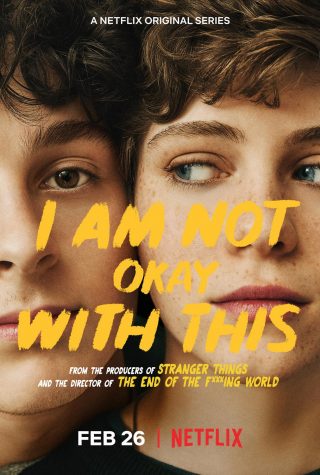 Netflix
Official Netflix poster for the show I Am Not Okay With This.

Another coming-of-age comedy-drama, I Am Not Okay With This follows the life of teenager Sydney “Syd “Novack (Sophia Lillis), who discovers her budding superpowers as she struggles with family, friends, and her emotions while grappling with the aftermath of her father’s death.  As Syd’s violent outbursts begin to affect her relationships and limited control over her powers, she searches for a way to reign in her emotions with help from her friends Stan (Wyatt Oleff) and Dina (Sofia Bryant) in hopes of having a normal high school experience.  The show’s premise feels like a superhero origin story, as the viewers discover Syd’s capabilities and experience her fear and frustration alongside her. With its clever humor and lovable characters, I Am Not Okay With This is a must-see for Netflix users. 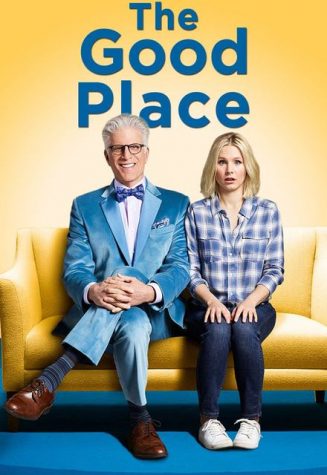 Unlike the other shows on this list, The Good Place is set in the afterlife, where humans are sent to either the “Good Place” or the “Bad Place” depending on the decisions they made when they were alive.  However, when protagonist Eleanor Shellstrop (Kristen Bell) finds herself in the “Good Place” following her death, she realizes that she was sent there by mistake, as she was never responsible for any of the actions that supposedly sent her to the “Good Place” to begin with. Determined to prove that she belongs, Eleanor decides to perform as many kind deeds as she can in order to learn what it truly means to be a good person.  The Good Place does a fantastic job of giving depth to the characters, as well as the relationships between each one.  Every character has various quirks and flaws that make them more complex and interesting to watch as a whole, and these gray areas in the characters’ morality, despite being in the “Good Place”, make their decisions and reactions far more entertaining to the viewers.  Although different from the norm, The Good Place is an enjoyable show from beginning to end that will draw you in with its charming characters and comedic side plots. 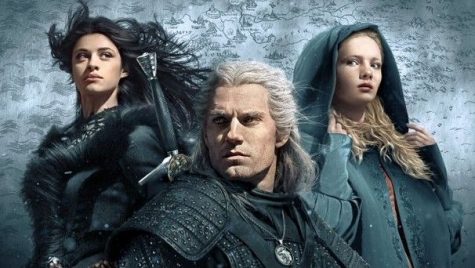 Netflix
The three main protagonists of Netflix’s The Witcher.

Set in a fantasy world of magic and adventure, The Witcher is a thrilling show packed to the brim with suspenseful action scenes that will keep any viewer on the edge of their seat.  The prime focus of the show falls on a witcher named Geralt (Henry Cavill) , a monster-hunter who is often hired for jobs considered morally corrupt and dangerous.  When one such job places a ruthless sorceress in Geralt’s path, he suddenly finds his destiny intertwined with an ambitious mage and a powerful young princess, and the three must learn to survive on their treacherous continent.  The Witcher does a fantastic job at intriguing audiences with a world of underlying mystery and compelling characters. 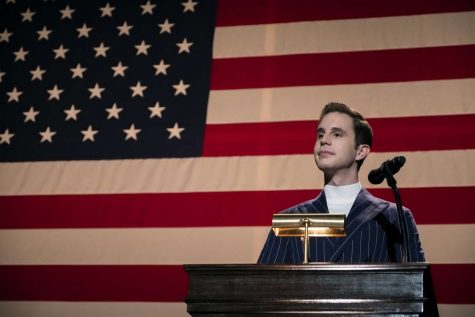 Character Payon Hobart stands behind a podium, preparing to make a speech.

Netflix’s original series, The Politician, tracks high-school student Payton Hobart (Ben Platt) as he works to achieve his lifelong dream of becoming the future President of the United States.  In order to raise his chances of getting accepted into Harvard and setting him on a path for success, Payton decides that his best option is to run for student body president.  However, he quickly realizes that his goals may be harder to reach than he thought, as his political opponents want the position as just as badly as he does. As Payton fights for his future, viewers will find themselves engrossed in the lives of the characters and their motivations, especially as the candidates become more desperate to win.  The Politician succeeds in creating a compelling storyline that is able to easily hook viewers into an unforgettable experience.