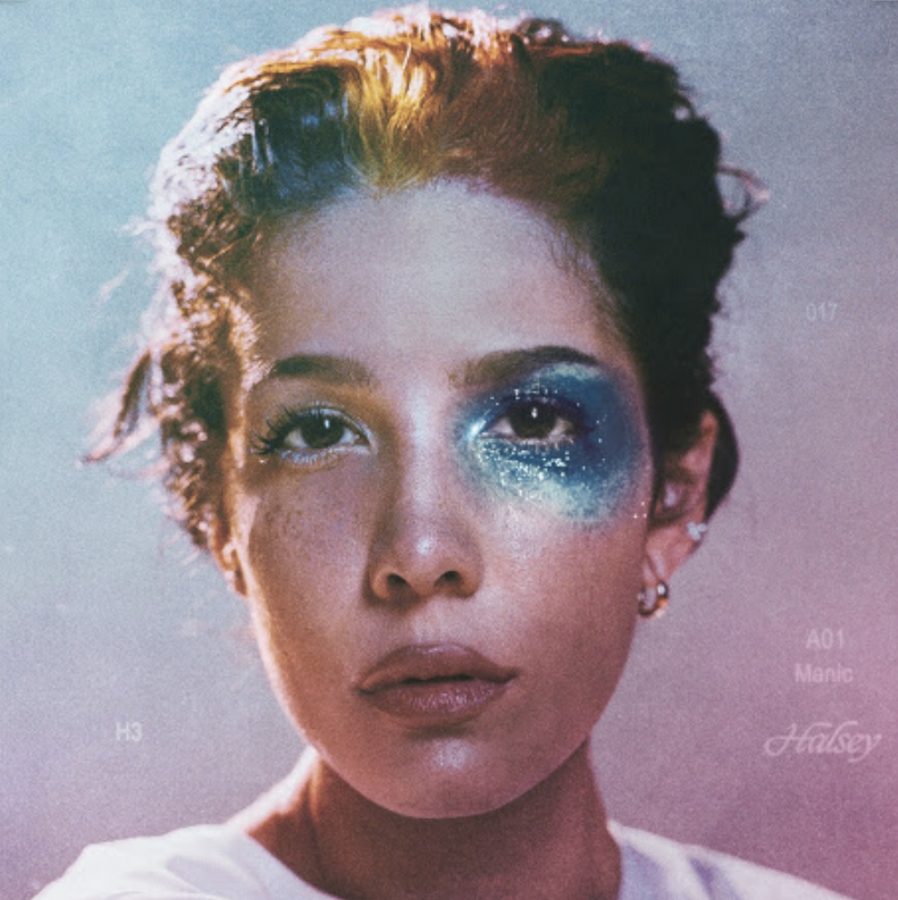 Halsey's album cover shows a close up painting of her face with many different colors throughout the cover.

Pop singer Halsey released her newest album, Manic on January 20, and it certainly did not disappoint. Following her recent hit albums Hopeless, Fountain Kingdom, and Badlands, Halsey continues to highlight her life through her music in Manic.

Halsey first released “Without Me” back in 2018 as a single, and the song ended up being included on the record. Another single that she released prior to the album was “Graveyard”, a unique song about not being able to trust the one that she loves.

In an interview with 1075 The River, Halsey shared something that her mom once told her: “You should never go for the person who gives you butterflies; that’s your body’s way of telling you that something is wrong. You’re not supposed to feel anxious and nervous and scared when you fall in love. You’re supposed to feel safe.”

This inspired Halsey to incorporate the same message in the song, singing that love shouldn’t make someone feel unsafe and that one should trust the person they love. On the topic of love, Halsey’s new songs highlight the hardships of love, but not in the way one would think. Halsey demonstrates serious girl power in her songs like “Killing Boys”, a song about confronting a boyfriend, and “You Should Be Sad”.

“You Should Be Sad” quickly gained popularity on the album by the public for its catchy lyrics and consistent theme. In the song, Halsey openly disses an ex-boyfriend and feels sad that she fell for him quickly without knowing his true colors. The song is a powerful, dramatic confrontation with her past boyfriend and is definitely one of my favorite songs on the album.

Manic also included a song titled “Ashley”, Halsey’s own birth name. In the song, she reflects on her journey and how she is unsure about the choices she has made in her life. She continues to question herself as well as her decisions, and if she will ever find herself or some sort of peace of mind.

Halsey’s album Manic held up to high expectations following her previous successful albums. Manic delivered a new side of Halsey without diminishing her distinctive voice and her ability to come up with such creative songs.

I have her new music on repeat and I have found that my personal favorite track is “Still Learning” where she highlights the negative effects of constantly being in the spotlight. I would rate this album a 9/10 because Halsey didn’t sugarcoat any of her songs’ messages and I could tell that she seemed to be writing straight from her heart.