Fans are in love with Selena Gomez’s “Rare” 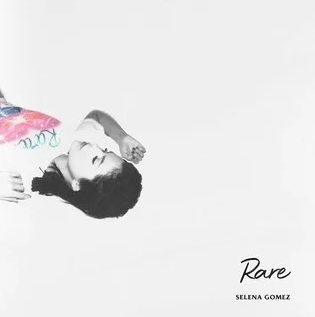 The cover art features Selena Gomez laying down in a t-shirt on a white background.

On January 10, 2020, pop artist Selena Gomez released her new album, Rare. The singer’s album consists of songs that represent her struggles throughout life such as battling lupus, a long-term autoimmune disease that attacks healthy tissue in your body, heartbreaks, mental health issues, and cruel internet comments regarding her weight. She also spent time in rehabilitation facilities to work through anxiety and depression.

In the fall of 2019, Gomez released “Lose You to Love Me” as a revival statement to show her journey to wellness after her breakups in the past with artists Justin Bieber and the Weeknd. The song expresses how frustrated she was with her past relationships and understanding that things come to an end.

Rare includes pop songs with bits of R&B in it. Gomez wrote thirteen songs mainly about love, loss, and self-respect. In “Vulnerable”, the singer talks about her love life and how she has learned how to have self-respect. In the song, she expresses finding her self-worth through love. She learns that loving someone means having to love yourself first.

After the album’s release, she has been interviewed numerous times to discuss the reasons why she wrote her songs. The singer hopes the album can help others understand their self-worth and that their feelings are valid.

During an interview with Billboard, Gomez stated that she was always scared to put music like Rare out because she thought people would criticize her. However, she mentions how the time she took off made her realize her self-worth.

“I’m in the happiest place I’ve ever been in my life,” said Gomez.

One of the many songs on the album that stuck with me was “Ring”. The rhythm and beat were super catchy and describes a boy who texted her 23 times, begging for her love and affection. She mentions how they were her “puppets”, but they weren’t the ones she wanted. Many fans believe this song refers to her breakup with Justin Bieber but so far, the singer has not confirmed this rumor.

Fans are obsessed with Selena Gomez’s album, especially the song “Rare”. It is second on Spotify’s “Today’s Top Hits” after it’s release seven days ago.

Another song that I found enjoyable was “Crowded” by both Gomez and 6LACK. The lyrics themselves were super catchy, and it was stuck in my head for the rest of the day. I could definitely tell how the album revolves around her figuring who she truly is. I did not dislike anything from the album, so I highly recommend listening to this.

All in all, Rare got many of Selena Gomez’s fans pumped and even lead to new listeners. Almost all of her songs are a reflection of her love life and her journey to self-love. Gomez hopes her songs can reach a deeper meaning to her fans. I would rate this 8 out of 10 because this is definitely one of my favorite albums Gomez has come out with. I also love pop and R&B and the album was perfect for that.