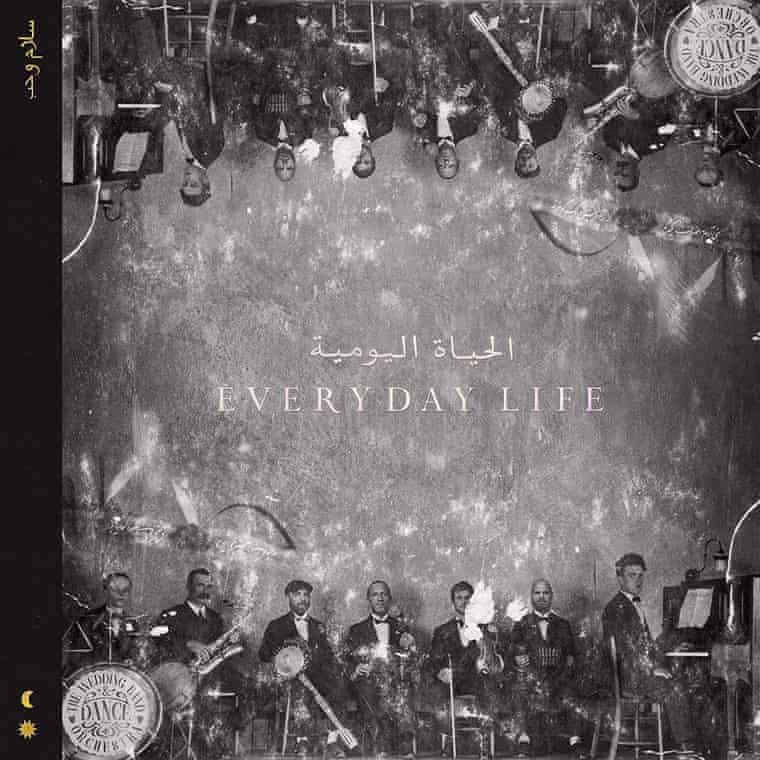 Image courtesy of a press release

The cover art for Everyday Life.

Recently, artists such as Taylor Swift and Eminem have been branching out. With tensions mounting both nationally and internationally, musicians write songs not just about heartbreak, but also about social issues and violence.

Coldplay is no exception to this pattern. The band’s new album Everyday Life, released on November 25, is unique. Although the group is traditionally known for their pop-rock hits such as Grammy-winning “Viva La Vida”, Everyday Life brings new styles and emotions to the table. Sung in English, Arabic, French, and Spanish, the album explores everything from hopeful hymns in “BrokEn” and “When I Need a Friend” to attacks on issues such as gun violence in “Guns” and “Trouble in Town”.

Additionally, to show their support of the environment and in hopes of being carbon-neutral, Coldplay decided not to tour. Instead, they decided to give one live performance in Jordan, which they chose purely because they had never gotten to tour that part of the globe.

“It also feels good for us to come [perform] in the Middle East, because bands like us don’t tend to come here,” lead singer Chris Martin said in an interview with Jordanian artist Natasha Dahdaleh.

However, even though all the songs span different genres, the overall message of the album is the same—to preach peace and understanding among disparate groups of people.

The album itself is split into two parts, Sunset and Sunrise, each with eight songs. Commencing Sunrise is “Sunrise”, a completely instrumental song featuring a slow crescendo to a resolution. “Sunrise”, despite not having lyrics, conveys the nature of Everyday Life as being hopeful. In spite of narrating the troubles that plague the world today, “Sunrise” shows that there is still beauty present.

The last and title song of the album, “Everyday Life” echoes much of the same sentiments. Everyone is part of the human race and throughout all struggles of everyday life, we must realize that “Everybody hurts, everybody cries […] Everyone loves, everybody gets their hearts ripped out.”

Given that the album has a total of sixteen songs, it seemed unlikely at first that each and every song would be of good quality. However, in this aspect, I was sorely mistaken. Albeit some of the lyrics are questionable and the emotions do not always evoke the feeling of pure euphoria, the main drive of each song seemed to be the story. Music is always about storytelling—each song brings to light an event, a character, or an idea trying to be conveyed.

Overall, in spite of the fact that the concept behind an individual song is respectable, none of their songs truly retain the sound that listeners first fell in love with. There are no upbeat, sing-in-the-shower anthems. Although songs such as “Orphans” are important in describing the plight of refugees and songs such as “بنی آدم” (Children of Adam) utilize various languages to bring people together, there comes a point when the melodies become too repetitive and the song starts to lose its meaning.

Simply put, some of these songs do not paint a story with the notes. The lyrics may be there, but there are no rhythms or nuances that give songs the feel of having a melody that connects the ideas into one cohesive piece of music. Oftentimes, the same bass line or beat will be present throughout the entire song, and when Coldplay attempts to implore allusions to literary works and cultural events, the song sounds like a glorified spoken word poem.

The closest the album comes to having any of Coldplay’s former glory is “Champion of the World”, a tribute to the Frightened Rabbit’s Scott Hutchinson. “Champion of the World” has the same feel of songs such as “The Scientist”, with guitar accompaniment following a moving melody and triumphant lyrics such as “I’ll stand before conquistadors / Till I’m champion of the world.” Additionally, “Daddy” is the only song that really succeeds at both conveying an important message of how kids with incarcerated parents feel and while still managing to make the tune enjoyable and catchy. With the exception of “Champion of the World” and “Daddy”, the album disappoints more than it lives up to expectation.

If listeners want to understand why the band truly came to fame, then they are better off listening to Coldplay’s 2000 album, Parachutes, or their subsequent 2002 album, A Rush of Blood to the Head, written right in the aftermath of the 9/11 attacks.

Ultimately, the album as a whole seeks to tell many different stories under the guise of a central message of peace, and it successfully manages to connect different genres together in this aspect. However, I give this album a 4/10 because the songs themselves focus more on the words than the music. In the end, if the music itself is not intricate, then it does not matter that their intentions are good—no one will want to listen to the message if the songs are unenjoyable.