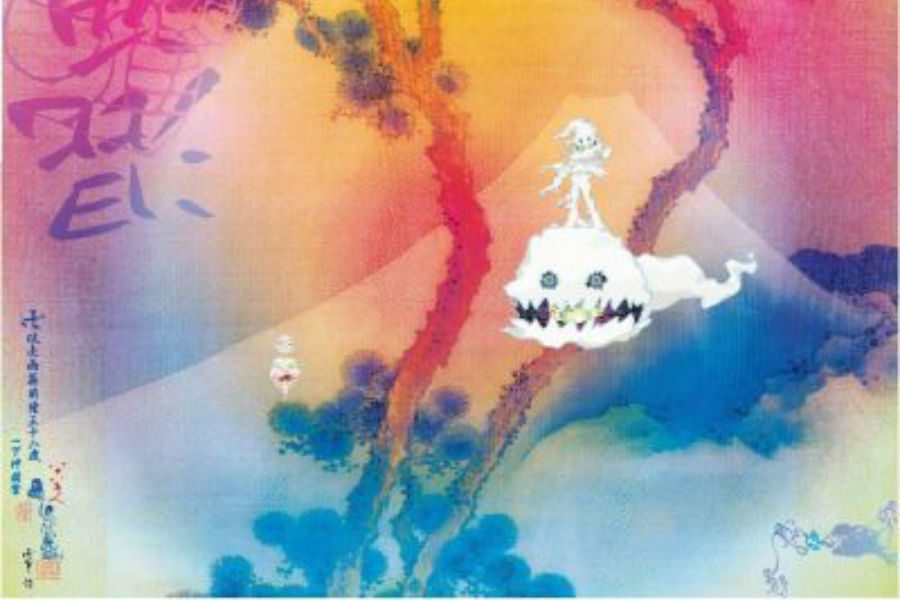 In just one month, West came back and released two albums after staying quiet for a long time. KIDS SEE GHOSTS, released on June 8th, shows that he, along with Cudi, are still talented and relevant in music.

West’s music has always had experimental elements to it, with albums like My Beautiful Dark Twisted Fantasy and The College Dropout, but this album somehow still holds its own with new ideas and concepts that West nor Cudi has not used in their music so far.

This album continues showing West’s extreme highs and lows, much like his last album ‘Ye’, which dropped earlier this month. It almost feels like a part two, meaning that if you liked Ye you will probably like KIDS SEE GHOSTS.

Going into the album I was skeptical of whether or not West could pull together a complete album with a short run time of only twenty three minutes, especially with his current vulnerability with his statements on social media as well as in interviews about his mental and emotional issues. My worries were not justified, as this album is extremely tightly paced which makes it feel like a complete length project. Despite the short length, West and Cudi seem to bring out the best of each other on every song.

The album starts off with “Feel The Love” which has Kid Cudi delivering some of his most solid, least shaky vocals yet, on top of a powerful instrumental. The track is just under three minutes, but it goes through multiple stages with more getting added to the beat progressively. West and Cudi match the instrumental in such a powerful and escalating way that it leaves the listener wanting more.

The album holds to force the entire way through, and every song seems like it was worked on for a long time. The production quality is very high, no song feels like a throwaway. Some of the sample choices are extremely experimental and multiple music genres are mixed but it never gets rid of instantaneous catchy appeal.

Overall, almost every instrumental makes the tracks feel grand and alive. On the ones that are not, we see a more personal side of West and Cudi. The whole project sounds solid, and while this album is not telling a conceptual story, the tracks show West and Cudi at both low and high points of life. West and Cudi move into new directions, which makes this album sound different from their previous work. While it does reach heights, it doesn’t feel like a masterpiece, but rather an important step in both artists career going forward.