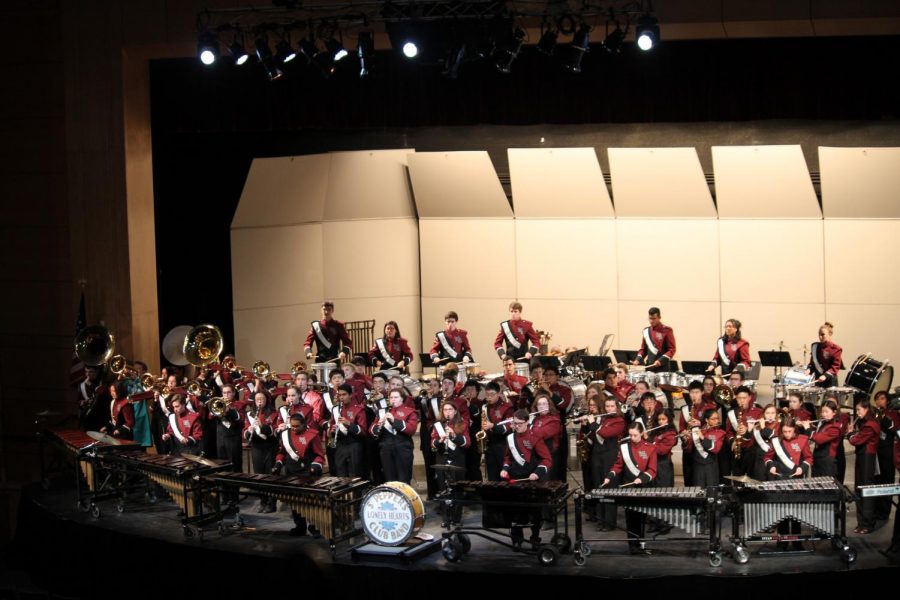 The WA Marching Band opens the show with 'Sgt. Pepper'.

On Tuesday December 5th, 2017, the Westford Academy Concert, Marching, and Symphonic Bands performed in the PAC to start off the Winter Concert.

Intermission was preceded by a special performance by the Westford and District Pipes and Drums. After numbers by the Concert, Combined, and Symphonic bands, the band portion of the Winter Concert ended with a collaboration with the Combined Bands and Westford District Pipes and Drums. The WA Chorus and orchestra will continue the Winter Concert on Thursday, December 7th in the PAC at 7:00 PM.