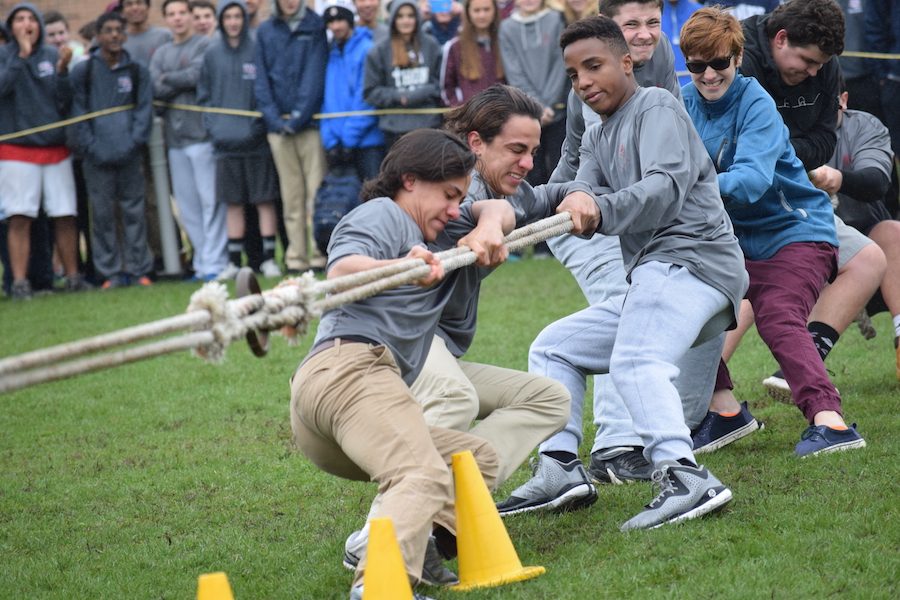 Nearly the entire WA student body gathered on the soccer field today, Friday the 28th, during the last two blocks of the day, to cheer their classes on during the 2016 WA Spirit Rally. Despite the 43-degree weather, students huddled together and faced the wind and rain with mainly smiling faces, watching their classes compete in games such as tug of war, flag tag, limbo, and a three-legged race.

There was a considerable amount of energy displayed by all classes, freshmen included, that appeared to distract those outside from their wet and cold environment.

As expected the Senior class took victory. Here are some photos from the afternoon: