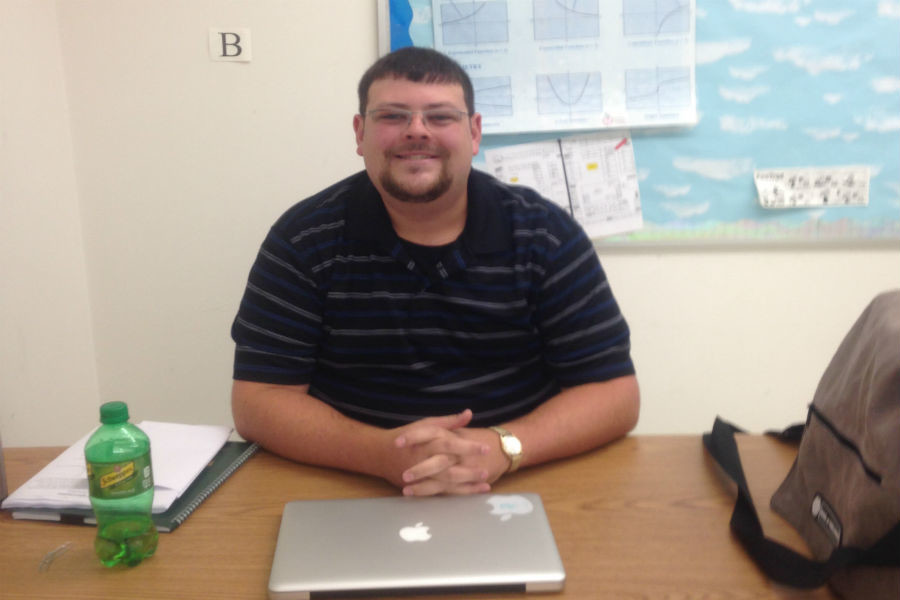 Geary in his classroom

Jonathan Geary, one of the new math teachers this year at Westford Academy, has left his teaching posts at private schools in Wakefield and Lawrence to get a taste of teaching at a public school for the 2015-2016 school year.

Geary has lived in Lowell his entire life with his older sister and younger brother. He went to Lowell High School and graduated from UMass Lowell. He originally applied to colleges as a biology and health science major, but decided to switch to math after his uncle reminded of the many hours he spent tutoring others.

Growing up, Geary was a strong, well-rounded student. He earned mainly A’s and B’s in his classes, even in his most despised class, English. During high school, he participated in crew and basketball, and continued with the latter during his first few years of college. He was also part of his high school student council, as well as a board member of his college math team.

Geary’s biggest obstacle in school was overcoming his age. He was always one of the youngest students in the class, especially during college.

Geary has always looked up to his late great-grandfather, since he was a kind and good man. He hopes that he will be able to inspire many young minds and create relationships with them just like his great-grandfather once had done.

Geary has some advice for students as well. He believes that students should work hard, but at the same time, should not stress over one bad grade.

“You want to make sure that you’re taking the time to […] relax yourself, because the more stressed you are, the worse you’re gonna do, and you need to have a little bit of relaxation and at the same time you still need to be doing work. You want to have a nice balance in your life,” Geary said.