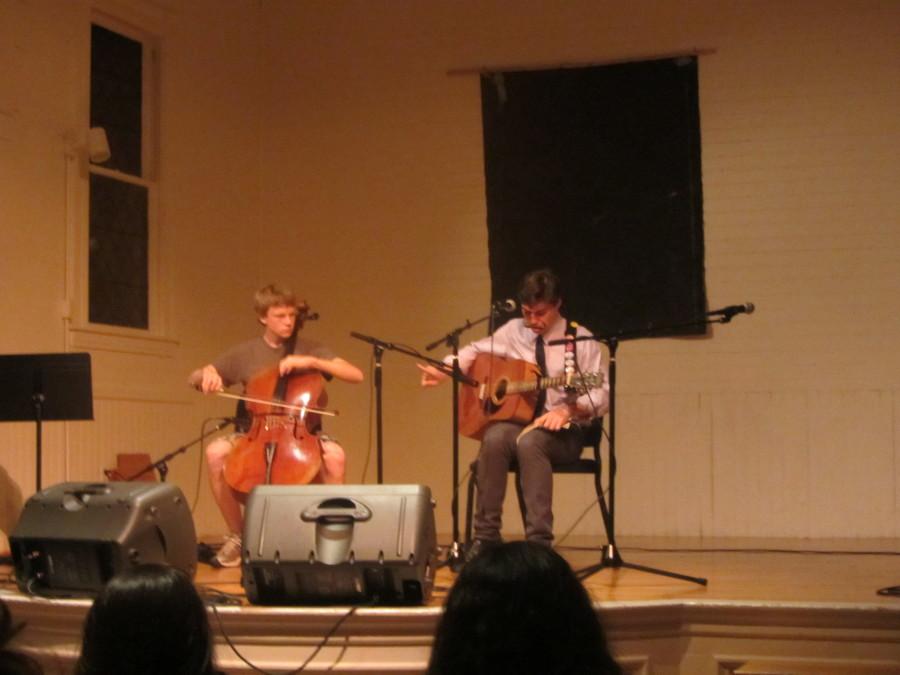 The first show at the Parish Center for the Arts was held this past Friday night. This first concert, dubbed “the acoustic night” was full of many Westford students there to both perform and listen to their peers.

The event began at 6:30, though there was not a large crowd until after 7 p.m. Junior Nick Nudler opened the acoustic night with a medley cover of several Elvis Presley songs. He would return to the stage several other times during the evening to fill any kind of lulls that occurred.

The event showcased performers from a range of ages, from Parish regulars to younger people at their first PCA show. From junior Braley Degenhardt’s regular performance of a take on the “Four Chord Song” – a song in which many different popular songs are sung over the same four chords – to eighth grader Beckett Azevedo’s performance of John Mayer’s “Dreaming with a Broken Heart” to senior Catie Martin’s set of original songs, a high level of talent was displayed.

“I think that’s the beautiful thing about the shows at the Parish” said senior and event organizer Johnny Bergin. “You get such a wide gap between performing skill, but at the same time everyone is on the same level.”

The duets dominated the evening. Seniors Sal Daniele and Catie Martin performed what they described as a kick back to middle school with their cover of All Time Low’s “Remembering Sunday.” Juniors August Posch and Chris Noran had one of the more unusual performances of the night – an original three song set featuring Noran on guitar and harmonica and Posch on the cello. Seniors Rose Oliver and Sarah Welch performed a Hank Green song and Welch would later return for another duet with her sister Abigail.

Overall, the first Parish show of the year was a large success. Everyone in attendance seemed to be having a good time socializing, listening to the performers and seeing old friends return.

“I loved the feel of the show,” said Bergin.

The next teen organized event will be a rock show on Friday, October 12.